Strečno Castle is closed, but conservators have their hands full

Parts of the castle near Žilina under restoration. 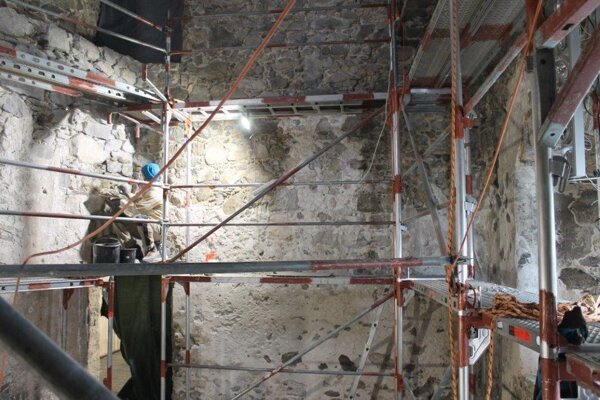 Strečno Castle outside Žilina will look even better after the restoration of its northern palace is wrapped up in December, while the work on the sacristy should end next year.

The restoration work, whose aim is to save the original materials and medieval plaster as well as restore and present the original image of the monument, is funded by the Culture Ministry through a scheme supporting the restoration of cultural monuments.

Because of the ongoing reconstructions, this year’s season at Strečno Castle ended sooner, on October 11.

“Castle tours would have been very limited not only because of the planning of a suitable route, but also because of the noise on the construction site,” said Katarína Repáňová, who manages the castle. She added that Považie Museum in Žilina, under which the castle falls, is working on a new exhibition at the castle in the meantime.

“We believe we will reopen the gates of the castle for all lovers of medieval history,” Repáňová concluded. 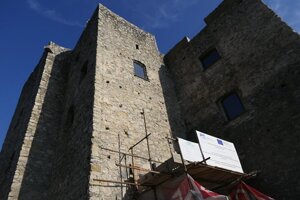 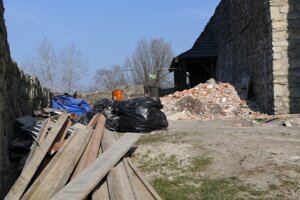 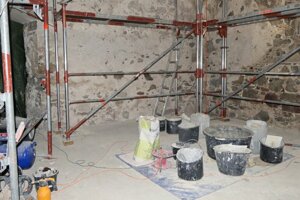 The centuries-old castle well-known for the story of Žofia Bosniaková, a “saint” from Strečno, is a sought-after destination for its spectacular views and various events held here, but castle visitors also set out on a wooden raft adventure on the River Váh running below the castle or cycling and hiking trips in the surrounding hills.