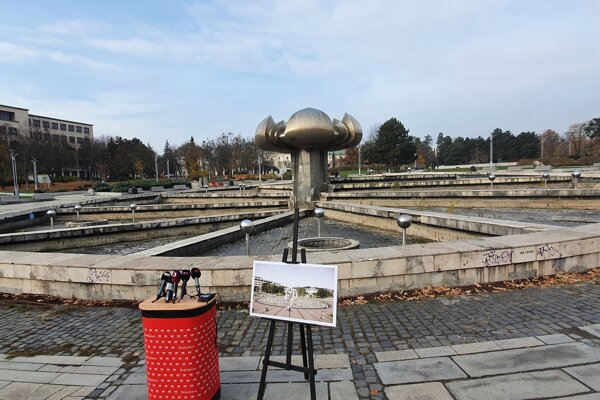 The fountain in its current shape and visualisation of its refurbishment. (Source: Jana Liptáková)
Font size:A-|A+  Comments disabled

There is no lighting and air conditioning any more in the dilapidated underground engine hall of the biggest fountain in Bratislava, Družba, on Námestie Slobody Square. Only light from torches and mobile phone screens expose the huge silent pumps and dripstones hanging from the ceiling, some as many as 40 centimetres long. They are the tangible results of the fountain's sieve pools. The leaking water not only created cave-like decorations, but chiefly destroyed technologies and put the fountain out of order in 2007.

The just launched refurbishment project with the price tag of €2 million should return the iconic fountain to life within a year. This will be the first overhaul of the fountain since its opening in 1980. 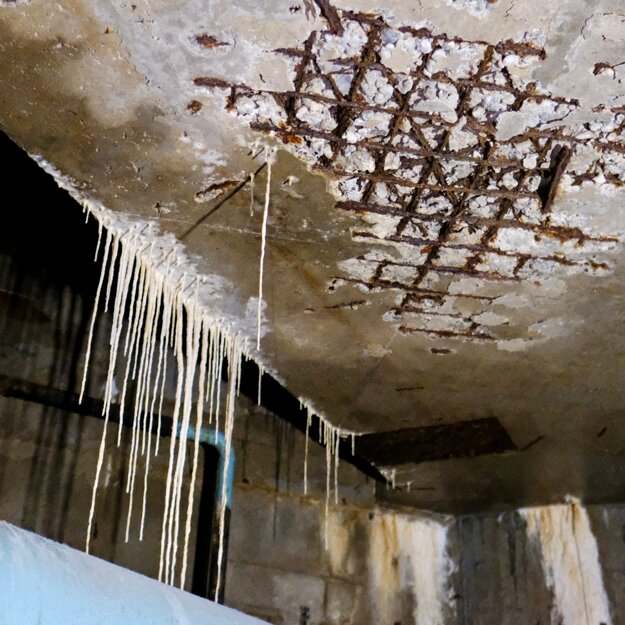 Dripstones in the engine hall of the Družba fountain. (Source: Bratislava/Marek Velček)

“It was beautiful and I’m glad that it will finally be reconstructed,” Jozef Tóth from the General Investor of Bratislava (GIB) municipal company, which takes care of most fountains in the capital, told The Slovak Spectator. He has been in charge of the fountain’s maintenance since he began to work for the GIB’s preceding organisation in 1988. He experienced the fountain even before as a student attending university studies in the buildings flanking the square.