The NBA did not work out for them. US basketball players star in Slovakia's top league

The first US basketball players came to play in Slovakia in the nineties. 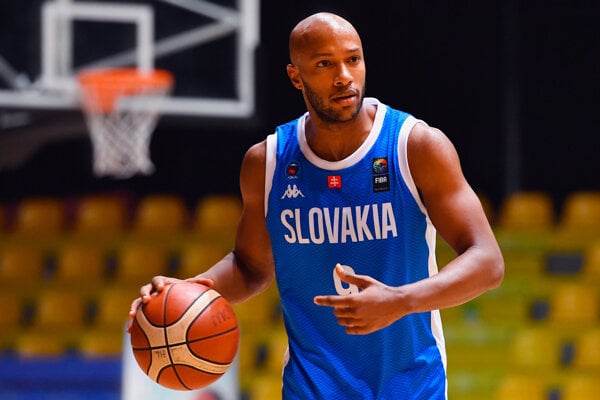 When Kyle Castlin was approached by the Slovak basketball club BKM Lučenec before the summer to join the team, having missed the past season in America due to the pandemic, he did not have much to think about.

“I was excited to have a team that believed in me and gave me the opportunity to come and play,” the US basketball player said. BKM Lučenec was the first club to reach out to him.

Previously, Castlin played for university basketball teams and even the G League, the NBA’s minor league, in 2019. The club in the south of central Slovakia is Castlin’s first overseas stint, and he has no reason to complain. The humble and hard-working achiever scored 181 points in nine games and is one of the top players in the Slovak Basketball League. His team, coached by American Daniel Sokolovsky, also performs well. This is Sokolovsky’s first experience as head coach.

“Hopefully, we’re making fans proud by how we’re performing,” said Castlin, adding that the city locals are friendly and the team has great chemistry, both on and off the court.

The baller hopes that BKM Lučenec can win the title and make the city proud, but the team, ranked third in the November table, has a long way to go as it is early in the season. Moreover, twenty-one US players, in addition to Castlin and his two teammates Desure Buie and Che Bob, who play for seven other Slovak basketball clubs in the top league have the same ambition.

US players in Slovakia since 1993

American players have been joining Slovak clubs since the creation of the top league in 1993, and some have even represented the Slovak national team. It is easy for clubs to sign them as the US market offers plenty of players; the National Collegiate Athletic Association in the US generates thousands of young basketball players, but only a few make it to the NBA or Europe’s top leagues. 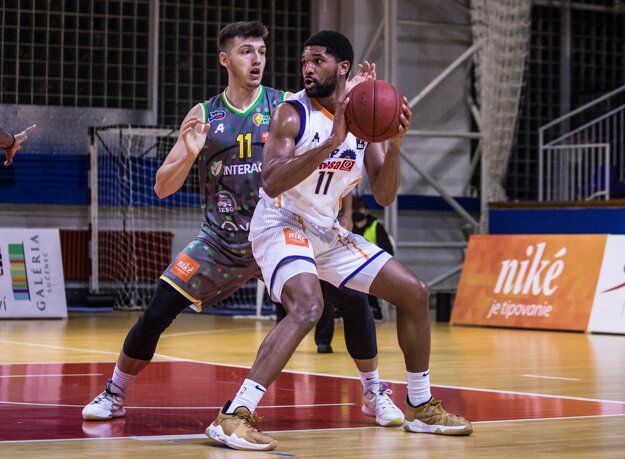 "If you go and play in any league and prove yourself, you can continue to work your way to higher levels here and go back to America, maybe even to the highest level here in Europe as well," said Kyle Castlin. (Source: BKM Lučenec)

“The problem is to bring here a really good American player within our budgetary limits,” BKM Lučenec general manager Michal Matala said, commending the brilliant work of US players on the team and, especially, coach Sokolovsky.

The majority of US basketball players that come to Slovakia have played for universities or in lower-level leagues around the world until now. “Competition among American players is huge,” said basketball journalist Tomáš Prokop. “Those from universities play in Slovakia mainly to build their statistics and sell themselves to better leagues.” Therefore, having a bigger role on the team is often the factor that can convince a player to join a Slovak club.

However, when US players come to Europe, they must first get a handle on a new game. European basketball is different from the American version, not only when it comes to technicalities such as the size of courts and the painted area’s width. The game in the US is faster, whereas in Europe it is more tactical, Prokop said. He also believes teamwork is important on both sides of the Atlantic, though some claim the NBA is very individualistic.

I try to be the best player I can be. The rest will take care of itself.

Regardless, to be competitive, Matala noted, having foreign players is key. Ján Drobný, the general manager of the eastern Slovak team Iskra Svit, is also convinced American players have contributed to enhancing the quality of the training process and the performance of Slovak players.

However, speaking of the quality of Slovak basketball, Prokop pointed out one big problem: “Slovak clubs raise very few quality Slovak players, and legionnaires have the upper hand on the court.” None of the Slovak players, in fact, appear in the league table of the top 10 players.

Next season in Slovakia? Maybe

Although American and other foreign players make the country’s top basketball league more attractive, it does not necessarily result in success for individual teams. Iskra Svit has four US players, but it is struggling to climb up from the bottom of the table.

Tyran Walker, one of the Iskra Svit stars, has a lot of experience playing basketball across the globe. He wanted to play basketball in Europe again, so he accepted an offer from the small Svit club with a long basketball history.

“I like this league a lot. It’s competitive, and it gets good recognition,” Walker, one of the most efficient centres in the league, said. He does not even mind living in a quiet small town. “People are nice and really support the team,” the player said, “not to mention they have great views on nature and mountain life. That’s one thing I’ll never forget about this country.” 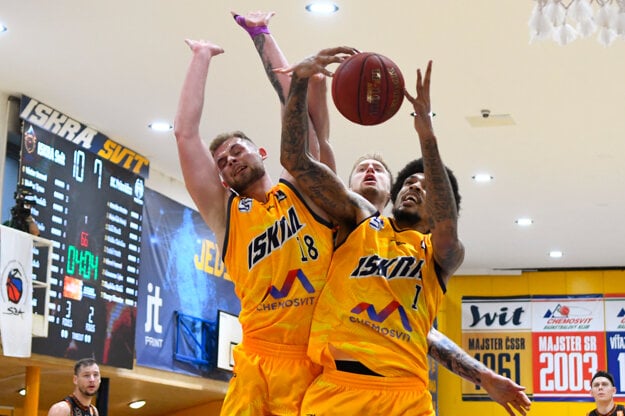 What the future holds for US players currently playing in Slovakia is hard to predict, but Castlin and Walker are open to another season in Slovakia. “You never know what tomorrow brings, let alone next season,” the best BKM Lučenec player said.

When American Andre Jones joined the club BC Prievidza for one season in 2016, he did not have the slightest idea his life would change completely.

“I chose to play in Prievidza because they were playing the FIBA Europe Cup and the coach told me I would have a big role on the team,” he said. When choosing a team, Jones considers the pay, competitiveness of the team, and location as well, noting the best teams he ever played for were in Hungary and Italy.

Coming from where I was raised, not too many people make it out, let alone across the world to play for a national team.

Though Jones did not have much time to explore Slovakia because he practiced a lot, he enjoyed his time in the country. He started drinking slivovica, a Slovak spirit made of plums, and grew to love goulash and dumplings. Sometimes, during the weekend, he went to local bars and met his future Slovak partner at one of them.

“I ended up starting a family, so I never really felt lonely or isolated,” the GGMT Vienna guard said.

In addition, Jones obtained a Slovak passport in 2017. Following in the footsteps of Americans Peter Lisicky and Kyle Kuric, who was named Slovakia’s best basketball player in 2018 despite having never played for a Slovak club, he also joined the Slovak national team.

“I played for the national team three years in a row honouring the contract I signed to get the passport,” the US-Slovak player said, noting he even missed his daughter’s birth so he could play for the team. “It was an absolute honour to help represent the country.” 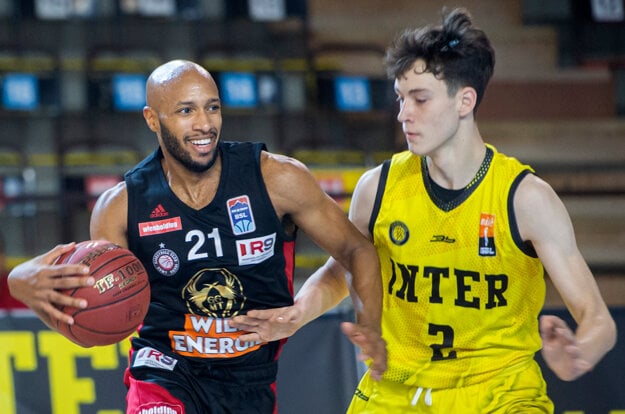 If Walker were asked to join Slovakia’s national team, which would be a rare opportunity, he said he would consider it: “Coming from where I was raised, not too many people make it out, let alone across the world to play for a national team.”

Over the years, Slovakia has become a second home for Jones where he has discovered that he has all the tools inside of him to be successful. Yet, he would like to see the Slovak league grow and the government put more money into basketball.

“There are many young, talented players in the country,” Jones said.