Where can you find the tallest Christmas tree? 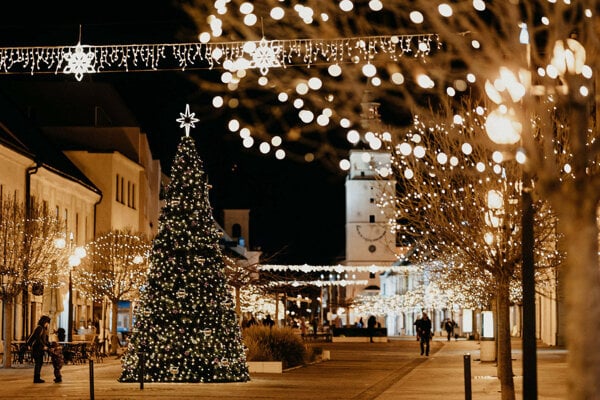 Despite the pandemic, major Slovak cities have not forgotten about Christmas. They all have put Christmas trees up.

Bratislava has already lit up its trees. Seven regional capitals first promised to make their trees shine on December 5 or 6, but some switched on their trees lights a few days earlier.

Christmas markets have been cancelled in all the major cities, including Bratislava, but some will organise online events.

As for Christmas trees, spruces appear to be extremely popular this year. Starting in eastern Slovakia, have a look at the stories of these trees. Which city boasts the tallest Christmas tree?

Košice found this year’s Christmas tree two hours away from the city. The selected spruce had grown for 70 years in urban forests, a stone’s throw from the Suchý Vrch hilltop near the Ružín dam, before it was cut down. 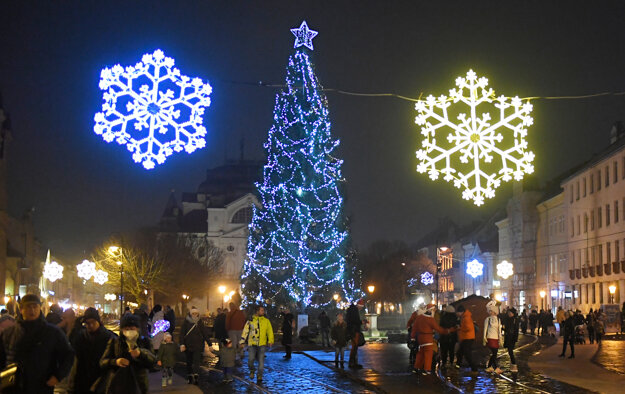 Košice lit up its Christmas tree on Hlavná Street on December 5. (Source: TASR)

Originally, the new Christmas tree was 22 metres high. After being installed in a special shaft at the Immaculata sculpture on Hlavná Street, its height is 18 metres. 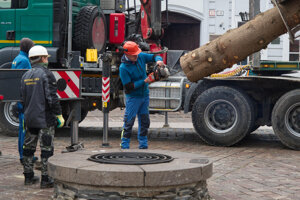 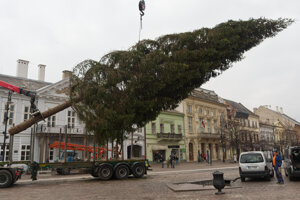 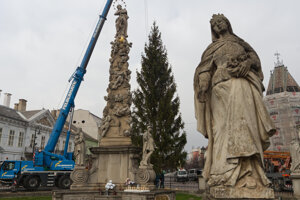 It took Košice three months to find the Christmas tree.

Prešov, the regional capital of the Prešov Region, erected its Christmas tree in front of the St. Nicholas Cathedral on Hlavná Street. The 35-year-old spruce, 20 metres in height, grew on Dubová Street in the Sekčov borough. Because the tree grew next to a block of flats, and its roots spread near a gas pipeline, a decision to cut the tree was made.

The city illuminated the tree and other Christmas decorations on December 6, which is St. Nicholas Day. 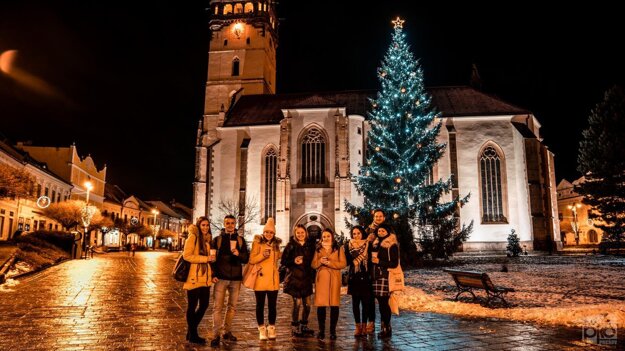 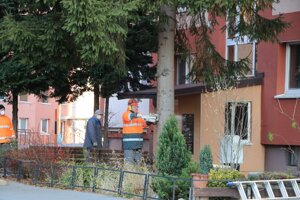 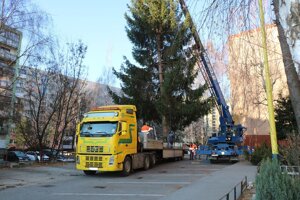 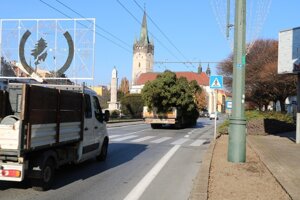 A total of 19 Christmas trees are placed around Prešov. Some of them make Švábska Street and the shopping mall Opál in Sekčov look Christmasy. Other decorated trees spread the festive spirit on Peace Square.

The city has published a Christmas Map to support over 70 cafes and restaurants in Prešov that offer festive meals and drinks.

From a private a garden

A 16-metre-tall spruce already dominates SNP Square in Banská Bystrica. The tree comes from a private garden in the nearby settlement of Malachov. Its Christmas lights have been officially switched on. 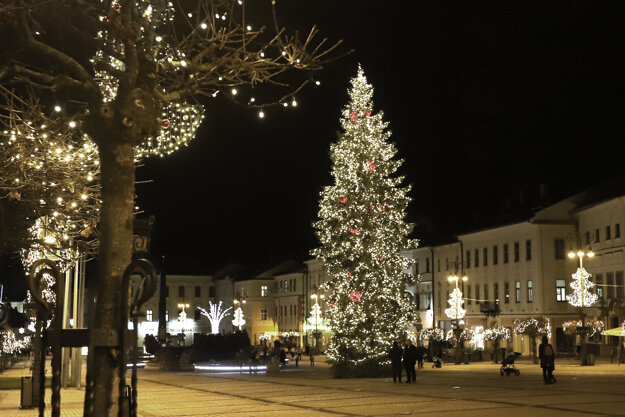 Žilina has a fir

Plenty of Christmas lights and decorations have brightened up Žilina. As usual, the Christmas tree – a 13-metre-tall fir donated by a couple from Horný Hričov - will light up Mariánske Square.

Although Christmas markets were cancelled, the city runs a series of concerts until December 23 on its YouTube channel. The Christmas Run event will also take place.

This year’s Christmas tree was donated to Trenčín by a family from the Orechové borough. It took three hours to cut down a 17-metre-high spruce due to the electric cables surrounding it. The tree is erected on Peace Square. 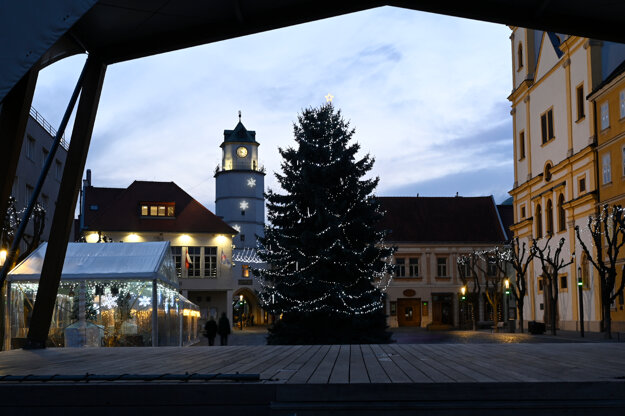 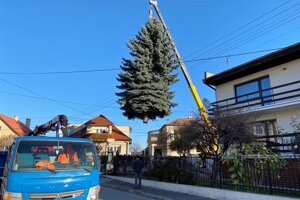 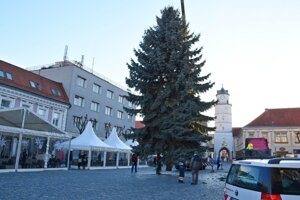 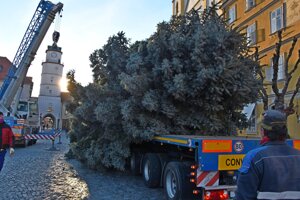 Nitra erected its Christmas tree, a 13-metre-high spruce, on Svätopluk Square on November 10. It had grown on Pri Strelnici Street since 1981 before it was brought down. The spruce was lit up at the end of November. 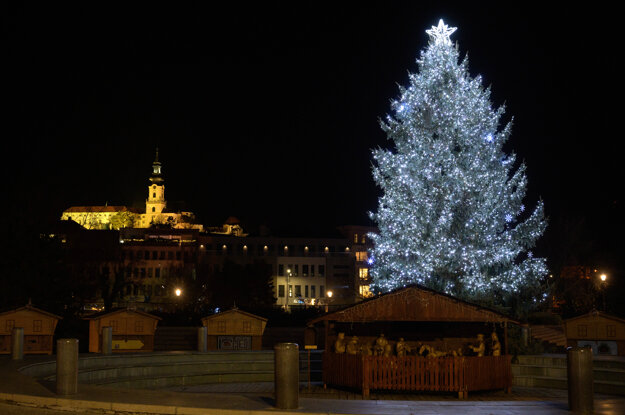 Nitra's Christmas tree had grown in the city since 1981 before it was cut down. (Source: TASR/Henrich Mišovič)

A similar spruce, albeit by one metre shorter, stands in the middle of Trojičné Square in Trnava. The city said the tree came from the Horné Orešany village. 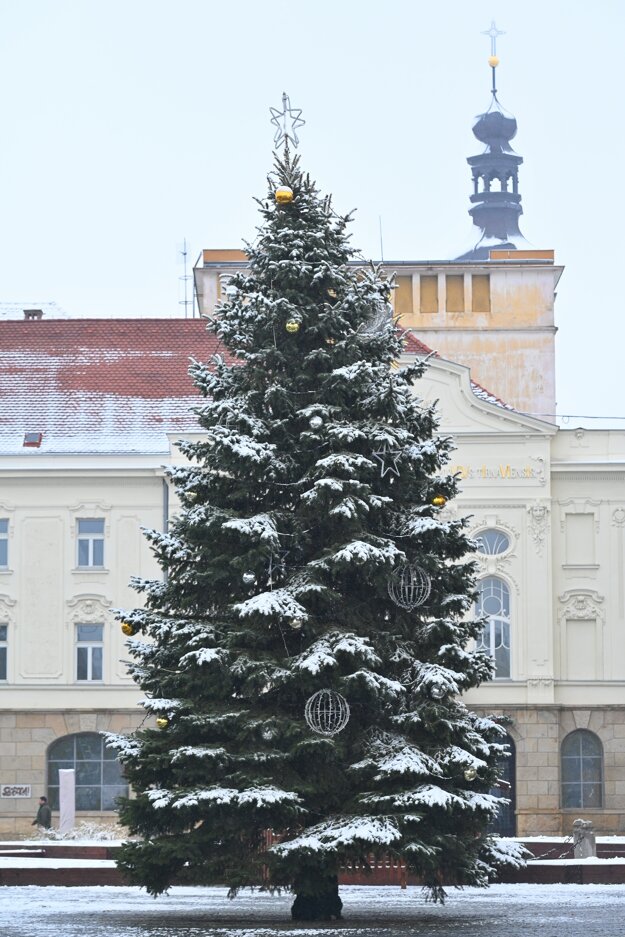 Several days ago, Trnava posted several pictures of its Christmas lights and decorations in their full glory as well. Have a look for yourself.

Christmas trees lit up in Bratislava

The Slovak capital lit up its Christmas tree on November 26, when the Bratislava Christmas event officially kicked off during a Facebook livestream. The tree is covered in Christmas decorations created by folk artists from different Slovak regions, the TASR newswire wrote.

The 15-metre-high fir from the Dúbravka borough was erected on Main Square at the start of November though. “The fir grew in the garden, where it encroached on a family house, so it would have to be removed anyway,” Bratislava’s spokesperson Katarína Rajčanová told TASR.

The Christmas Forest has popped up in front of the Primate’s Palace this year again, and the Christmas tree on Hviezdoslav Square was also lit up on November 26. While the city centre already radiates Christmas spirit, the Old Bridge over the Danube River should be wrapped up in Christmas colours soon.