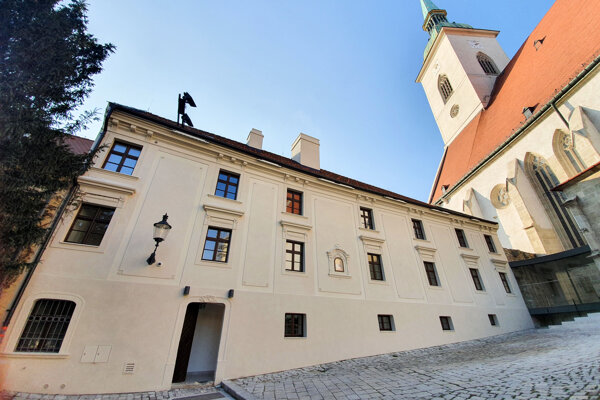 At the end of 2002, copies of some of the best known works by Vincent van Gogh replaced pictures of cats in the windows of the abandoned burgher house near St Martin's Cathedral.

However, even the colourful drawings of art school children could completely conceal the calamitous condition of the building known for its fittings within the no longer existing fortification walls. Although the house on Rudnayovo Square received a new roof in the 1980s, it would wait another two decades for a comprehensive reconstruction.

In mid-November, the Bratislava Archdiocese and the Parish of St Martin in Bratislava announced that the reconstruction of the historical building known as the Waydanovský House had been completed. The renovated building will serve as a background facility for the cathedral during important visits, concerts and other events. On this occasion, it was given a new name – Martineum – reflecting the saint to which the cathedral is devoted.

Waydanovský House on Rudnayovo Square No. 3, built in 1778, was designed by the architect Georg Karl Zillack for silversmith Jozef Waydanovský. The architect integrated the existing walls of the city fortifications into a new three-storey representative burgher house. Together with the neighbouring building (Rudnayovo Square No. 4), with which the house is in direct contact, they comprise a specific building constructed on the medieval city walls.

The eastern and western outer walls of the building are built on the remains of the walls. The old walls of the stone masonry were partially supplemented with brick masonry. The house was relatively narrow as it respected the width of the fortification walls.

The reconstruction took two years and €1.85 million. Although the coronavirus pandemic interrupted the work, preparations for the papal visit led to its resumption.

The Bratislava Archdiocese will now focus on its interior design. The goals are to create an info point, souvenir shop, and small café. Exhibition spaces and a depository should be created inside the building in the near future. Outdoor seating and new greenery will be added.

The burgher Baroque house from the late 18th century was named after its first owner, the silversmith Jozef Waydanovský.

The intriguing aspect is that, together with a neighbouring house, it was built between the main fortification wall and the parkan wall (the lower wall of the outer fortifications), after the mediaeval city walls lost their purpose in terms of city protection, and most of them were demolished.

The lower parts of the house particularly contain original masonry from the 14th century, noted architect Pavol Pauliny, one of the two people behind the reconstruction project. 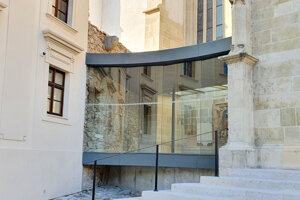 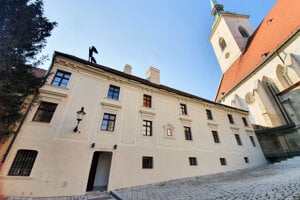 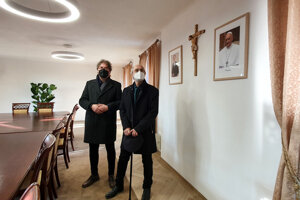 Another interesting feature is that it was built onto a dramatic terrain. Rudnayovo Square rises sharply upwards here, meeting a staircase leading to the cathedral entrance.