Mareena has launched a crowdfunding campaign to support their idea. 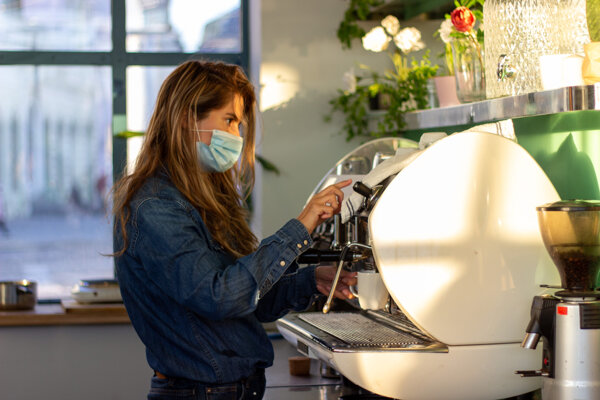 Where can you taste Somalian, Iranian and Afghan tea, desserts from various corners of the world and coffee prepared in a cezve?

Mareena, a Bratislava-based NGO that assists foreigners integrating in Slovakia, has started a social café. The idea is unusual not only because of the food and beverages on offer but also because of the women who work there. They arrived from different countries to find safety and a new home in Slovakia.

Mareena came up with the idea for this café when working with people who were forced to leave their homes due to war or persecution. The organisation noticed these individuals have less access to the labour market.

“When looking for an opportunity on how to solve this situation systematically and effectively, we decided to run a social company,” said Michaela Pobudová, director and founder of Mareena. “The café offers work opportunities for a vulnerable group of people – women who found their home in Slovakia but have a problem finding good and flexible work here.” 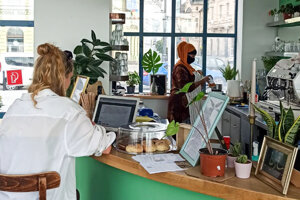 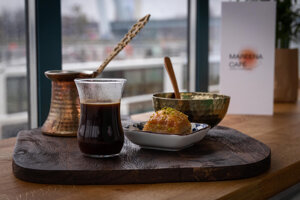 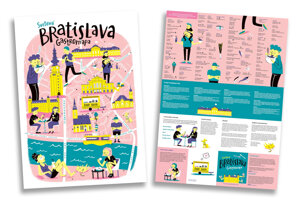 The café has employed eight women from Somalia, Afghanistan, Iran, Cameroon and Ukraine so far. Working in the café not only helps these women financially but also improves their communication skills in Slovak and develops their potential.

“All this contributes significantly to their integration into society,” Pobudová added. “We see meaning in this initiative and we would like to continue it.”

Mareena Café also leads to more understanding among its visitors. With coffee, tea or a sweet dessert, they can get to know people and cultures that they would otherwise find difficult to get to know.

Mareena Café was only open to the public for several weeks in September and November at the Danube embankment in the premises of Café Propeller. This temporary rented space was available thanks to Bratislava-Old Town.

They would like to continue with the idea of a social café. Therefore, Mareena has launched a crowdfunding campaign for its support. The money collected will be used to buy equipment for the café. If more money is collected, Mareena plans to use it for language preparation and employee training.

After contributing to the campaign, supporters can choose one of several rewards: an updated gastro-map of Bratislava, Afghani cookies, brunch for two or a dessert and beverage tasting.