Who, and why, is surveilling journalists in the country? 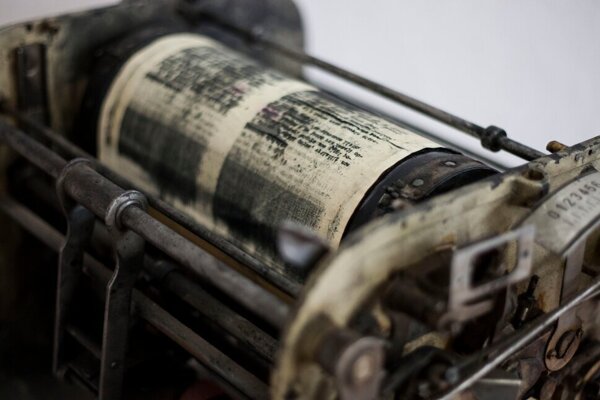 In samizdats, not even the editorial team knew where the publication was printed and who the middleman between the editorial and the printing house was. (Source: Sme archive - Gabriel Kuchta)
Font size:A-|A+  Comments disabled

They would go to the bathroom and turn the water tap on, so the water filling the bathtub would make it harder for anyone to hear them talk about serious issues. They knew which rooms to avoid if they wanted to speak of secret meetings and the critical texts they were writing. Phone calls were like scenic plays for the state that they knew was listening: Hi, how’s life? Do we need to buy any milk?

In the 1980s, Czechoslovak, Polish, and Hungarian samizdat authors knew the state was actively intercepting them and keeping detailed records of their talks. Civic courage and disobedience were their working methods.

Journalists of the banned publications engaged in their own rituals. They set up meetings in surprising places. They never came to the meetings together, and they left one by one. Sometimes, before such a meeting, they would buy a train ticket to a small village where they would get off and then secretly return to the city.

They recognised the faces of some of those that followed them. If they met in a café in the suburbs and noticed anyone suspicious around, they would gesture each other into changing the topic.

The real messages they wanted to exchange they wrote on small bits of paper, only to immediately burn them in the ashtray as soon as they were read. There were ashtrays all around; smoking was allowed everywhere back then.

It was clear who listened and why

Editors of the Hungarian samizdat Beszélő protected their sources. They openly published their own names to make sure the police would focus on them rather than on the people who were helping them, with information or with distribution. The police would regularly raid their homes. They reckoned with that and learned to live with it.

Some 2,000 pieces of the issue would be divided immediately into packages of 25 and sent around the country. The state always managed to catch at least one or two distributors, but it never managed to dissolve the entire network. The editors never had more than a few copies with them at a time.

In the Gutenberg galaxy

This is how things worked in the world where it was clear who was surveilling journalists and why. Journalists knew exactly what communication channels were connected to the state; they knew the secret service was trying to recruit people from among them, to report on their colleagues.

The snitches continued to act as revolutionaries and criticise the communist state, but in reality they had already crossed over.

This was a system that the communist power openly admitted to on an ideological basis. It was the Gutenberg galaxy with no Googles or Facebooks, where civic courage could weaken the state machinery. Some samizdats managed to remain sustainable for as long as an entire decade.

Too much of a lure?

Today, journalists in working democracies mostly do not expect the state to surveil them. Wiretapping or surveillance without a reason is always the first symptom of the abuse of power and the technological apparatus of the intelligence services. If anything like that comes out, the media ring a loud alarm. And they are right to do so.

Today, the state power no longer requires a snitch, a whisperer or an informant to find out who thinks what. It no longer needs to collect receipts from cashiers to monitor people’s purchases, or secretly sit near their table in a café to hear whether they are badmouthing the government.

It can find out about everything with the potential help of tech companies. It does not boast about it, nor does it cover up these activities with ideology. That is why control mechanisms are necessary to make sure the state does not abuse its technological means against journalists. Because if it dares to do it to the media, then it will easily dare to do it to an ordinary citizen.

The Pegasus scandal has shown how much of a lure a software originally developed for countering terrorism is for governments. The government of Viktor Orbán in Hungary, among others, used it to tap into the mobile phones of more than 300 people, including investigative journalists and publishers of independent media.

Does every government tap phones?

In the last 30 years, the Slovak governments followed and wiretapped several journalists.

In the early 1990s, Ivan Lexa led the national intelligence agency, the Slovak Information Service (SIS). Under his lead, the SIS abducted the son of President Michal Kováč. Back then, reasonable people reckoned that the government had all critics of the regime under surveillance. Speaking on landlines, people would greet the undisclosed call participant, imagining them as some rank-and-file state official sitting in a shabby office with his or her headphones on.

With the arrival of mobile phones later on, entrepreneurs would remove batteries from their phones during meetings. Some would go as far as to wrap them in aluminium foil. It was almost like a statement of self-importance, to conspire and to pretend one's phone was being tapped.

For some, it was more than just a disturbing idea. Under Lexa and the then prime minister Vladimír Mečiar, SIS massively followed and wiretapped journalists.

Cases of tapping into journalists’ phones also appeared after the fall of Mečiar. For example, the police found in its systems an unauthorised recording of a 2002 conversation between the then economy minister Pavol Rusko and a journalist with the Sme daily.

Canadian journalist Tom Nicholson obtained information that the secret services wiretapped his phone calls under the first government of Smer (2006-2010), with Robert Fico as prime minister and Mečiar as one of his two coalition partners. Just because he was a foreigner, the SIS agents wanted to know if Nicholson cooperated with foreign secret services.

The military intelligence service under Ľubomír Galko as defence minister tapped the phones of journalists of the Pravda daily and the head of the private television news channel TA3, with the argument that they wanted to know who leaks classified information to whom.

But the surveillance of journalists only grew into monstrous dimensions with the arrival of the commando that, rather than by the state, was built by Marian Kočner who profited from his relationships with high-ranking public officials and nominees of the then-ruling Smer party.

He had journalists screened through his contacts at the police. Then he hired his friend Peter Tóth to put some of them under illegal surveillance. His commando also followed Ján Kuciak, who later ended up murdered.

What stance will the state eventually take towards such brutal interference with the lives of journalists?

There are countries that have leaned away from democracy and that use the “illiberal” label to mask their autocratic traits. They no longer need ideology to justify the surveillance of journalists or opponents.

We are faced with a paradox, when the parliament elected in a relatively free election approves a law for the ruling party to legitimise the use of technology for the surveillance of opponents and government critics. Journalists, too. After all, it has become a routine for government representatives to call journalists the enemies of the nation.

They use technology – mobile phones – that nearly everyone uses in their daily lives.

Hungarian government representatives deny the surveillance of journalists. The Hungarian prosecution service announced in July 2021 that it was investigating the use of Pegasus software, but in all likelihood, if Orbán gets re-elected next year, this institution’s investigation will be inconclusive.

If some autocrats manage to grind down the independent institutions in their countries, as is the case in Hungary and in Poland, the effect of the surveillance of journalists and ordinary citizens may be similar as that under communism, but without the state having to build the whole communist-time apparatus anew.

What is worse, traditional tools, like those that the samizdat authors fought by, are not effective in the fight against this new machinery.

This article is available in Slovak on the SME daily's website. The English version was prepared by the IPI in collaboration with SME as part of a content series on threats to independent media in Central Europe. Read more.