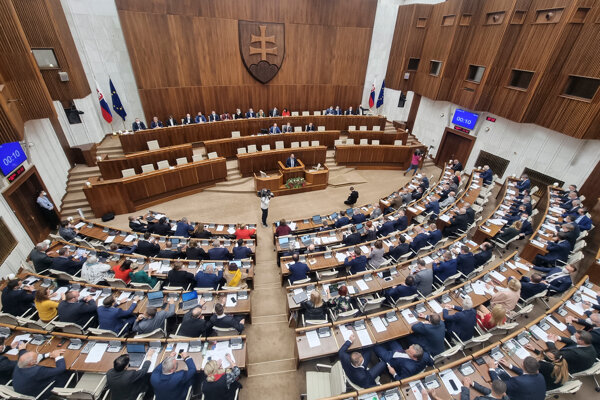 Slovak parliament has denounced the steps of the Belarussian government that have led to the escalation of violence and misuse of illegal migration for political purposes with the aim to create artificial political pressure on the EU and its member states.

It also condemns the destructive policy of the Belarussian regime as well as hybrid attacks on the outer EU border and against its member state by creating new migration routes with the ambition of destabilising the democratic society of European countries.

This stems from parliament's resolution on the outer border of the EU and Belarus accepted on December 2; 95 out of 143 present MPs voted for the resolution.

The parliament expressed its full solidarity and strong support for Poland, Lithuania and Latvia when handling this hybrid attack.

Slovak MPs also support the measures these countries have taken to ensure the protection of borders and prevent another crisis situation or illegal migration in the EU.

“Maintaining the integrity of the EU's eastern border and NATO is crucial,” the resolution reads.

At the same time, the parliament has expressed its concern and deep regret over the repeated and persistent attacks by Belarus in an effort to destabilise the region. It strictly rejects the abuse of migrants for political purposes and deplores the actions of states that abuse people from third countries as hostages.

Parliament has called on the Belarusian political leadership to adhere to democratic principles to put an end to the abuse of defenseless people for the sake of achieving political goals against neighbouring countries. It adds that Belarus should put an immediate end to the exceptionally tense situation on the eastern border of the EU and NATO.