Festive people are used to the tram, but the bus is a novelty. 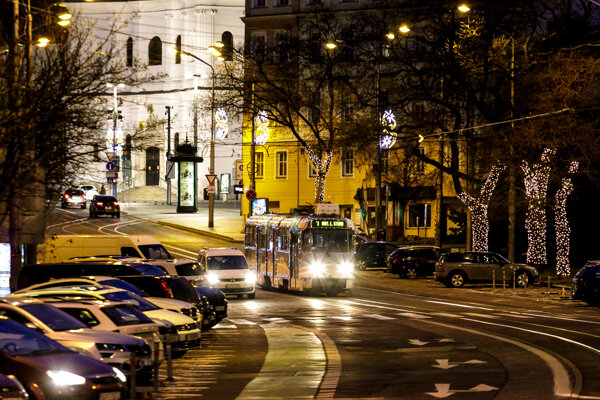 It is the eleventh season for the Christmas tram, which is run by the Bratislava public transport company. (Source: TASR/Dano Veselský)
Font size:A-|A+  Comments disabled

Decorated public transport vehicles - a Christmas tram and a Sleigh Bus – are already adding to the festive atmosphere in Bratislava.

The tram, which is decorated with Christmas lights and children’s drawings, will run daily in the month of December while the Christmas bus will run on the weekends till the end of the winter season.

One of this year’s novelties is the announcement of tram stops by children.

The Christmas tram is actually Tram 1, which starts at the main railway station and continues through Obchodná Street, SNP Square, Ľudovít Štúr Square to Šafárik Square and back.

As this is a regular line it is necessary to buy a regular ticket though decorated for Christmas.

The tram runs at approximately half-hour intervals, and a snowflake is displayed next to this tram in the timetables.

The weekend Sleigh Bus runs from Koliba to Kamzík, following the same route as Bus 144. The vehicle is decorated with a sticker depicting Bratislava landmarks in a snowy environment. 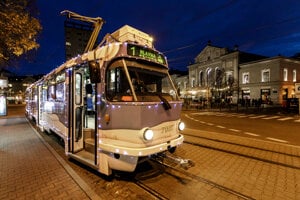 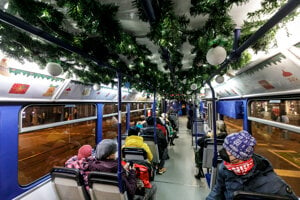 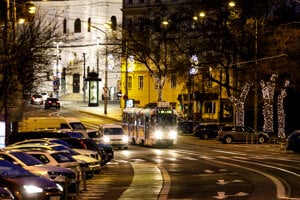 The bus will also be marked with a snowflake symbol in the timetable, available here.

In case of snow and suitable conditions for winter sports, such as sleighing, the Bratislava public transport company plans to operate the Christmas bus every day and during extended hours, until 19:30. People are advised to follow the carrier’s website for updates. 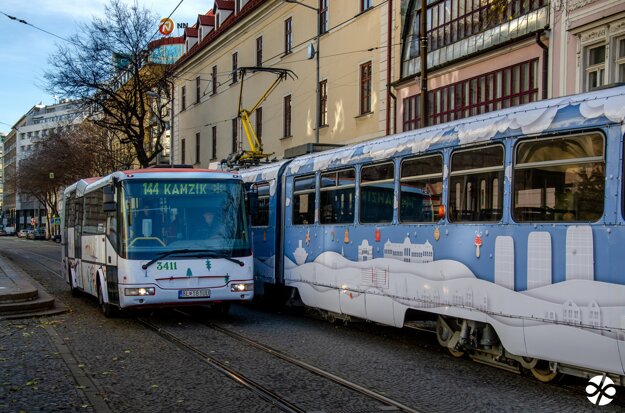 The Sleigh Bus will be in operation until the winter season ends. (Source: Dopravný podnik Bratislava)

Only recently has public lighting been also fixed in the Cvičná lúka area, and the capital thus wants to enable sleighing or skiing on Kamzík hill in the evening hours as well, until 21:00, in case there is enough snow.