German construction manager confused for one of Slovakia’s greatest writers

The man portrayed above the side door to St. Elisabeth Cathedral in Košice is not Pavol Országh Hviezdoslav. 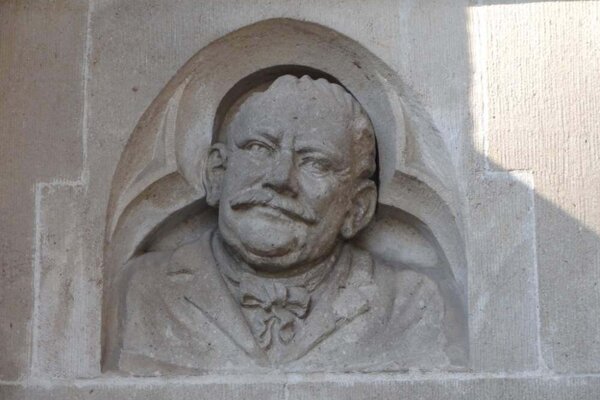 Many have believed that the portrait of a man carved in the stone above the door on the south side of St. Elisabeth Cathedral in Košice depicts Pavol Országh Hviezdoslav - one of the greatest Slovak poets – wearing his typical bow.

The writer known for the literary works such as Bloody Sonnets and Herod and Herodias died a hundred years ago in the Orava Region.

Kristína Markušová from the Košice office of the Monuments Board (KPÚ Košice) says the man with the bow is Joseph Weber, who managed the reconstruction of the cathedral in the past.

Weber was an experienced German builder who had worked on the restoration of historical buildings before.

“This was probably the reason why Imrich Steindl, a professor at the University of Technology in Budapest responsible for the renovation of Košice’s St. Elisabeth Cathedral, entrusted him with the management of this reconstruction in July 1877,” said Markušová. 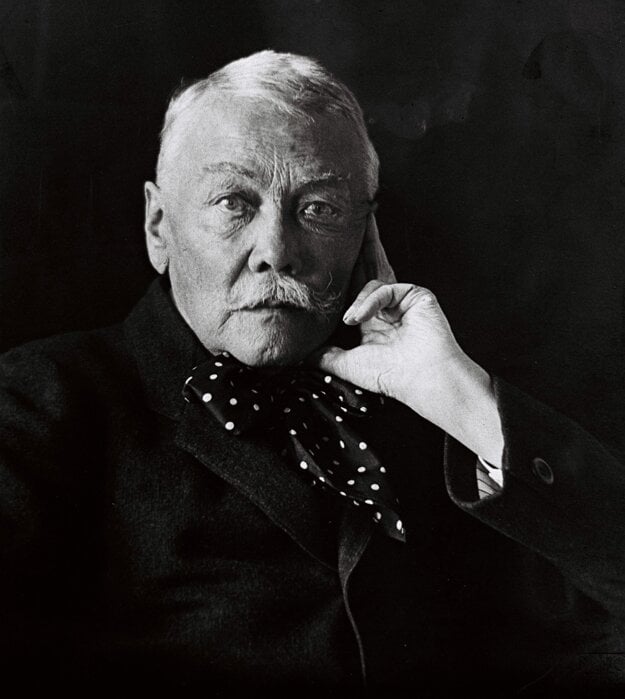 Weber was also entrusted with managing the repairs of St. Egidius Church in Bardejov, following a great fire in the town in April 1878. However, the German construction manager died unexpectedly two years later.

“Košice arranged a grand funeral for him,” the expert said.

In December 1880, the experienced builder Viliam Fröde arrived in Košice from Vienna to finish Weber’s work. 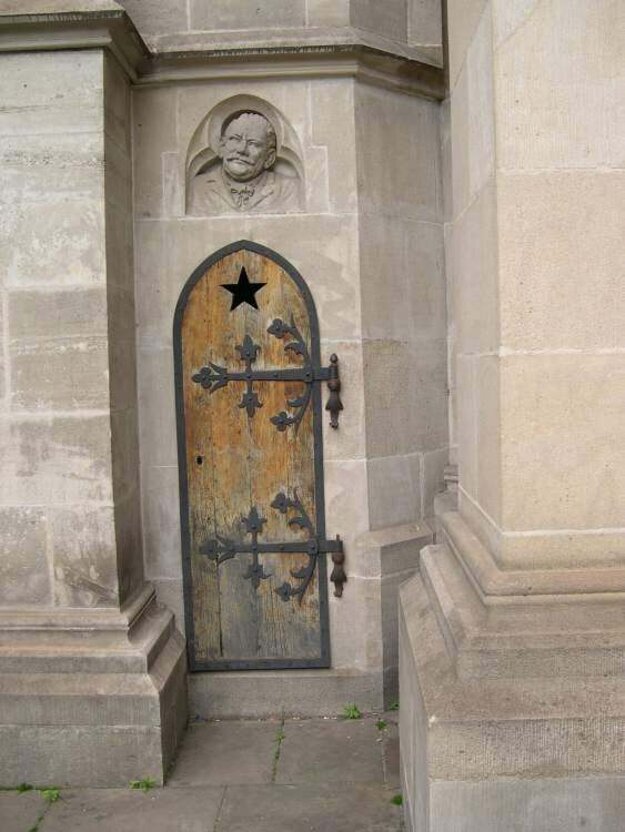 The portrait of Joseph Weber above the side door to St. Elisabeth Cathedral. (Source: KPÚ Košice)

“In memory of Weber, the following year, before handing over the restored sanctuary, they installed Weber’s relief portrait above the Gothic door on the south side of the sanctuary,” Markušová said. The sculpture was created by Walter Aubram.

Unlike the head cut from quality stone, the surrounding frame was made of sandstone originating from the Spiš region. That is why it became considerably weathered and had to be replaced in the years 1989-1990.

The Polish contractor did not have a photograph of the inscription around Weber’s head at that time, so the builder’s name was not added to the new frame.

Markušová concluded: “Today, passers-by no longer know who is smiling at them from the portal of the cathedral sanctuary.”