Emergency healthcare workers protested in front of the parliament. Some were detained 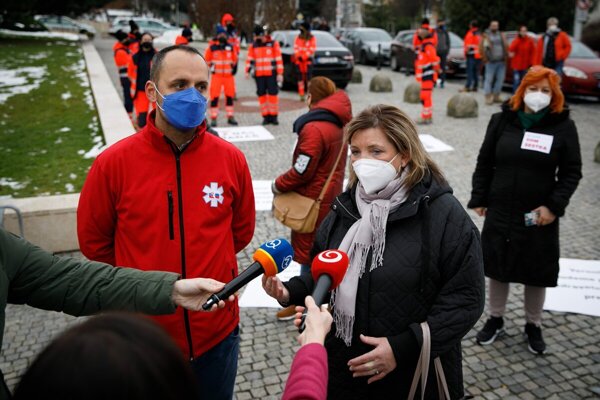 Emergency healthcare workers and nurses gathered in front of parliament on December 14 to protest. They came to “thank” MPs and the government for their failure to improve conditions for healthcare workers and for the unfulfilled promises of significant salary hikes in health care in 2022 that were to stabilise the staff after the pandemic.

Police detained two of the protesting rescuers, among them the President of the Slovak Chamber of Health Rescuers František Majerský.

The detention caused an uproar among the public. While some politicians, such as coalition OĽaNO leader Igor Matovič, commented that everyone is equal in front of the law, and protests are banned during a national emergency and under the current anti-epidemic rules, others pointed out that when the opposition called for protests or there were people blocking the streets of Bratislava, nobody was detained.