Hospitals will be divided into first and second leagues. Parliament approved crucial reform

The healthcare facilities should work according to new rules from the beginning of 2024. 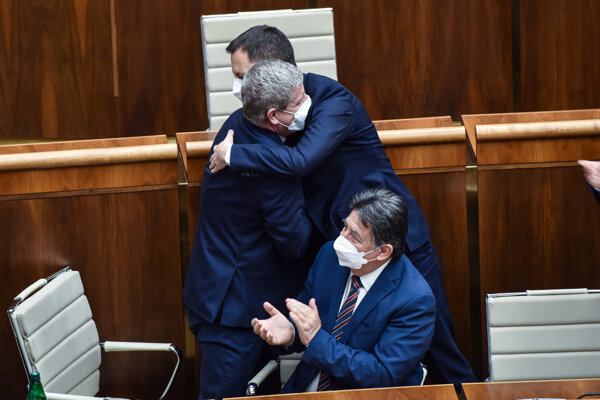 Some smaller hospitals will not be fully-fledged anymore; they will become aftercare institutions.

Parliament approved on Tuesday evening the reform proposed by Health Minister Vladimír Lengvarský (OĽaNO nominee). No one from the Sme Rodina coalition and opposition voted for it.

The reform was passed thanks to MPs who have no caucus; 76 MPs voted for it. OĽaNO, SaS and Za Ľudí were supported by MPs who used to be members of their caucus.

Lengvarský thus successfully pushed through the reform with which his predecessor Andrea Kalavská (Smer nominee) was not successful. When she failed to push it through, she left her position by the end of 2019, only several months ahead of the February 2020 election.

Lengvarský decided to make a reform because there are too many healthcare facilities in Slovakia when compared with the number of doctors and nurses. Healthcare workers are distributed to many departments in small numbers, which lowers the quality of healthcare.