Crime of hoax spreading would interfere with freedom of speech, experts opined 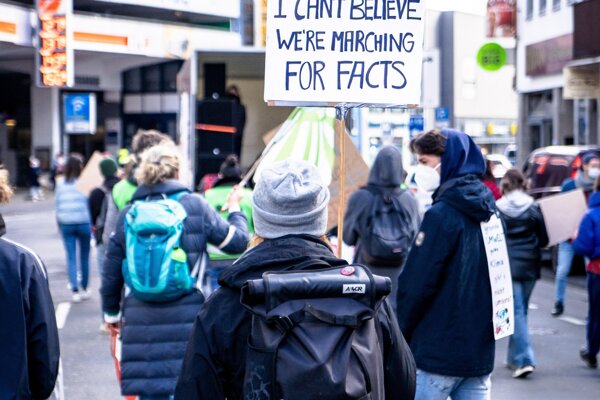 Disinformation and hoaxes made the pandemic worse in Slovakia, observers agree, yet many doubt the recent proposal to amend the Penal Code and make the spread of false information a crime.

“Are we really going to prosecute people for being stupid? That is a dangerous thing, in my opinion, because freedom of speech is a very sensitive [issue],” Za Ľudí MP Juraj Šeliga reacted on Markíza television.

He was not the only one to criticise Kolíková, his former party colleague, after she came up with the idea of criminalising the spread of hoaxes. A number of lawyers doubt the possible effectiveness of the proposed law, pointing to the delicate line between freedom of speech and punishing false claims. They also worry that the law as it was proposed could be easily misused.

What the law should entail

Creating and spreading false information that may “cause serious harm to at least part of the population”, threaten lives, or influence people's decisions on serious issues, may be punished with one to five years in prison, according to the proposal.