Dua Lipa will play a concert during the Lovestream Festival in summer 2022. 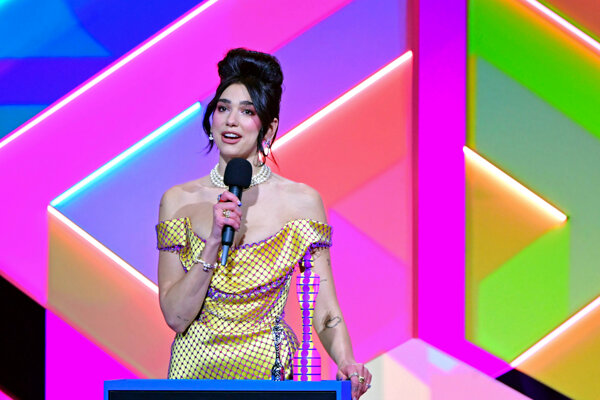 One of the UK’s biggest music exports, Dua Lipa, will play a show in Bratislava next year.

Organisers of the brand new Lovestream Festival, which will take place at the Tehelné Pole stadium in June 2022, has announced that the London-born artist would headline the event on June 11, which is Saturday.

The US band Red Hot Chili Peppers will headline the festival the next night.

Tickets for Dua Lipa, who only recently received two Brits 2022 nominations, have gone on sale on the December 20 morning.

Born in 1995 to Kosovar-Albanian parents, the singer became widely known for her song Be the One, released for the first time in 2015, which earned her a place on the prominent BBC Sound of 2016 list.

Slovak radio stations noticed Lipa thanks to her appearance on Sean Paul’s single No Lie and Martin Garixx’s song Scared to Be Lonely.

Yet, it was the mega hits New Rules and IDGAF off her self-titled debut album that helped her become a heavy-rotation musician in Slovakia and elsewhere.

Her recent collaboration with Elton John on the song Cold Heart, which was remixed by Pnau, is one of the most-played songs on Slovak radio stations these days. Love Again and We’re Good, her latest singles, feature in the top 30 most-played songs chart, published by the Radia.sk website.

In a short span of time, Lipa has managed to rise to fame and win major awards.

It was three years ago, in 2018, when she won her first two Brits, including the best female solo artist. In that same year, she took home two Grammys. Lipa was then named the best new artist. She was also awarded for her track Electricity, crowned the best dance recording.

Furthermore, Lipa has grown into one of the most streamed artists on Spotify. Her song Don’t Start Now has been streamed more than 1.7 billion times.

New Rules, One Kiss and Levitating are other songs of Lipa’s that have received more than a billion streams. Lipa will present these and other big hits to Slovak fans live after next year’s American and UK tours.