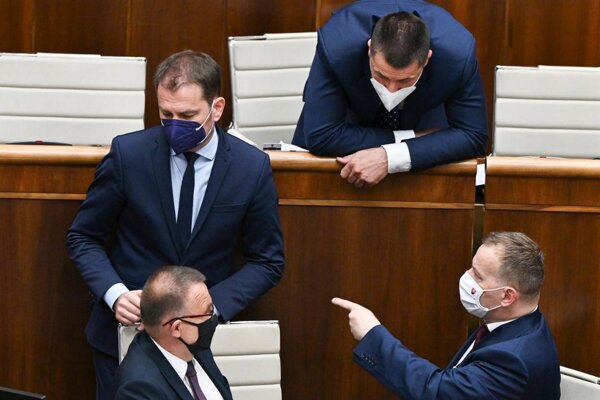 Welcome to your weekly commentary and overview of news from Slovakia. MPs have passed the state budget and two more major reforms. Nothing stands in the way of an international arrest warrant for former SIS head, EU court rules. Hospital admissions are down, but experts fear Omicron. Rescuers and Fico end up at the police station. Check out what this second pandemic Christmas will be like in Slovakia.

Scroll down to find the PDF version of the December print issue of The Slovak Spectator.

Even though an array of issues have exposed the ruling coalition’s rather precarious majority in parliament lately, MPs got to work last week and passed some key laws ahead of the Christmas break.

With 91 votes from the 146 MPs present, parliament passed next year’s state budget, as drafted by Finance Minister Igor Matovič. Officially, the budget counts on a deficit of 4.94 percent of GDP, but only on condition that parliament passes three constitutional laws that should ensure a more frugal approach to the public debt in the future: a pension reform, an expenditure cap, and a debt brake.