How Americans search for their Slovak roots (top stories of 2021)

Take a look at the most read stories The Slovak Spectator published this year. 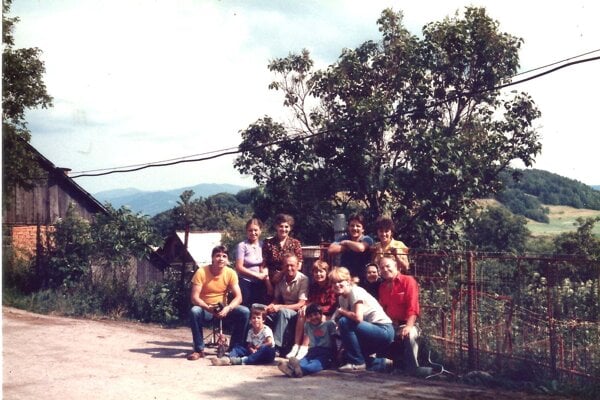 Cynthia Sandor, her parents and her Slovak family on a farm near Zvolen in the early eighties. (Source: Courtesy of C.S.)
Font size:A-|A+  Comments disabled

1. One year after the first jabs were administered in Slovakia, half of the country’s population still remains unprotected. Why are Slovaks hesitant to get jabbed? How Slovakia failed to vaccinate its population

2. I tortured waitresses and shop assistants with my Slovak, writes a former Fulbright scholar who fell in love with the Slovak capital: Bratislava was nothing like Prague when I first came here

5. You never get stuck in a traffic jam, said visionary designer Štefan Klein after demonstrating the abilities of his flying car. The journey between Nitra and Bratislava, which took less than 30 minutes, fulfilled his 20-year dream: Slovak flying car shows off its abilities in air and on land

7. Slovakia welcomed the pope after 18 years. The mid-September visit of Pope Francis was one of the top events for Catholics, but also Slovak diplomacy: Pope's visit to Slovakia a miracle, says church analyst

8. Some foreigners were not eligible for a Covid jab weeks into the start of the vaccination roll-out: Covid-19 vaccination is not accessible to everyone in Slovakia

9. Several business centres announced layoffs earlier this year, which raised questions about the sector’s future in Slovakia. Higher labour costs is only one of the reasons: Not just labour costs. What is behind mass layoffs in Johnson Controls and other BSCs?

10. Is that you, Jožko? Americans with Slovak roots are searching for their relatives in Slovakia. Yet, only a few of them manage to meet them in person: As they age, Americans’ desire to reconnect with Slovakia grows

You can check out The Slovak Spectator’s newsletters and manage your preferences directly on your profile page.