The winner of the regular contest shows how tenacious bureaucracy can be. 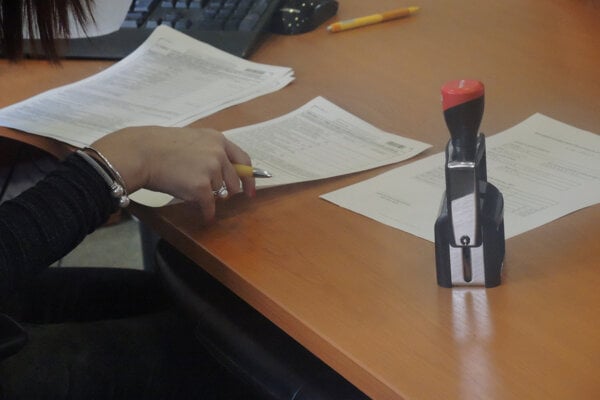 The bureaucratic nonsense of the year is the compulsory reporting of the corporate bank accounts of VAT payers to the Financial Administration, though banks already do so. This obligation won first place in a list of 56 nominated absurdities. It is similar to the finalist from 2018. Although this obligation was cancelled, it returned in an amended form as of November 2021.

“This year’s bureaucratic nonsense shows how tenacious bureaucracy can be and that the fight against it is an endless process,” said Simona Mištíková, president of the Association of Young Entrepreneurs of Slovakia, as cited by the SITA newswire.

Ján Solík, president of the Association of Entrepreneurs of Slovakia, noted that this year’s winner deserves attention for several reasons.

“The return of the scrapped duty ‘in disguise’ shows that we will not advance in the fight against bureaucracy without systemic instruments,” said Solík.

This year’s top 10 bureaucratic nonsense represents different types of problems entrepreneurs have to deal with. One big group comprises regulations that complicate the life of innovative companies. The second important group are ill-conceived measures related to the Covid-19 pandemic. The top ten, according to the representatives of entrepreneurs, show that despite several changes, the state still asks entrepreneurs for data it already has and makes ‘postmen’ out of them, back and forth between offices.

A regulation requiring an official permission for fast-growing trees like Paulownia outside a village, though it is possible to do so in the village itself, ranked second.

An obligation related to the Covid-19 pandemic ended third. From December 1, the state transferred the costs related to employee quarantine and so-called pandemic sick leave onto employers even though they have no tools to prevent these situations.

Bureaucratic Nonsense is an anti-award for legislative measures complicating the life of entrepreneurs. The survey was created in 2012. It is promulgated by the Association of Young Entrepreneurs of Slovakia and its professional guarantor is the Association of Entrepreneurs of Slovakia. This year’s winner has been decided by online voting, which took place from December 7 until 27. In total, 1,188 respondents voted on the winner.