MP must pay damages to a doctor for badmouthing

Kežmarok district court decided on a lawsuit filed a few months ago. 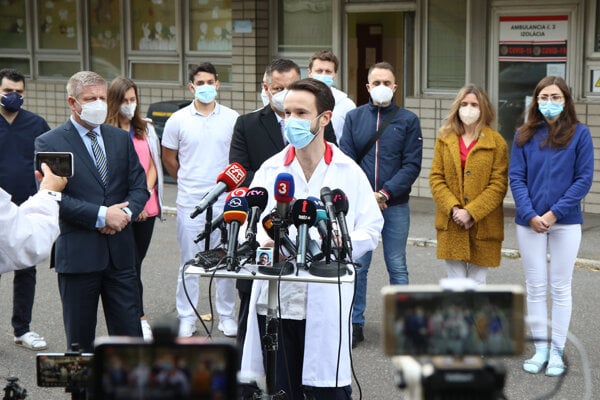 A lawmaker has been ordered to pay a hefty fine to an infectologist for a video published on Facebook.

The Kežmarok district court ordered MP Milan Mazurek, a renegade of the far-right ĽSNS and co-founder of the Republika party, to pay €20,000 within three days to infectologist Peter Sabaka in damages for badmouthing, the tvnoviny.sk website reported.

In the video, Mazurek spoke of Sabaka as the "Covid prophet" and indirectly linked him to the death of a boy from the Jarovnice Roma settlement who was not treated by his pediatrician because his mother was neither vaccinated nor tested. The doctor said that it was unacceptable that a politician would link him with the death of a child that he has nothing to do with.

Mazurek was ordered to permanently delete the video and all the comments on it from social media and publish an apology. The decision can still be appealed.

Mazurek said he considered the decision unprecedented and accused the judge of abusing his powers.

Sabaka sued both Mazurek and the head of the Republika party, MEP Milan Uhrík, for badmouthing and libel. He stated back then that he would use the money for the benefit of Covid-19 patients who "are also suffering as a consequence of lies and disinformation".