The artistic work in Šaštín-Stráže has not changed much, unlike the lot. 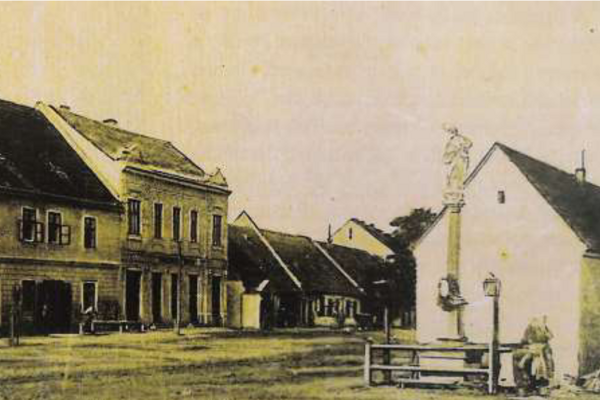 A photograph from the first half of the 20th century depicts the Marian column after the removal of the adjacent house and tree planting. (Source: Štefan Ovečka's book Šaštín-Stráže/Šaštín-Stráže Town Hall)
Font size:A-|A+  Comments disabled

A mouldering stone statue of the Immaculate Conception of Mary has been declared a national cultural monument. The statue was carved by an unknown sculptor, which spent almost three centuries atop a column in the middle of a square, now serving as a parking lot, in the Šaštín-Stráže, Trnava Region.

“The artwork bears an architectural, artistic, historical and urban value,” the Monuments Board of the Slovak Republic wrote in its decision, published on December 21 of the past year.

The statue portrays the Virgin Mary standing on the earth and trampling a snake, which holds an apple in its mouth. Symbolically, this visualisation depicts the defeat of evil and sin through faith.

The motif of the Immaculate Conception was common in baroque art.

Characterised by harmonious proportions and the effort to dynamise the Virgin Mary’s movement, experts believe the piece of art was created by a trained sculptor coming from one of the nearby workshops of that time. 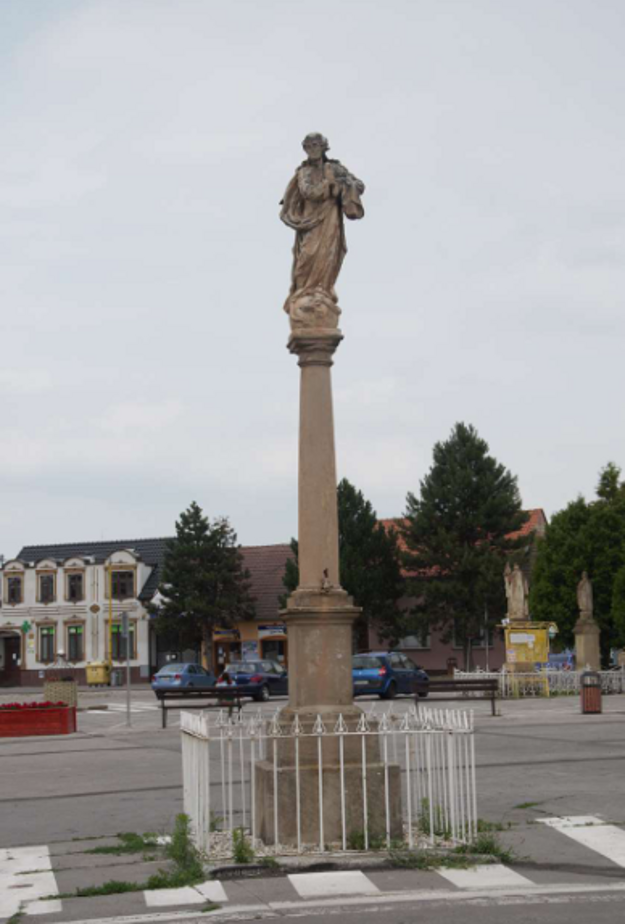 The Marian column in Šaštín-Stráže has been enlisted as a national cultural monument. (Source: Alžbeta Szaszáková/Monuments Board of the Slovak Republic)

One of the few resources mentioning the column, dated to 1788, reveals that the Kollani family that commissioned the building of the object.

Given the composition of the work, experts go on to argue that the column was erected in Šaštín at the beginning of the 18th century out of gratitude for ending the plague epidemic. No signs or dates have been found on the column.

“However, on the basis of the first military mapping from the period between 1769 and 1784, it is clear that the column was already standing in the square at that time,” said Alžbeta Szaszáková of the Monuments Board.

In bygone days, the plague column had a function. Standing near a Roman Catholic church, it dominated the main square.

Whereas the space around the column has evolved over the centuries, the artistic work has been largely forgotten about and decaying, despite minor adjustments.

The oldest photographs, from the 20th century, depict a small building for the storage of kerosene in the immediate vicinity of the column. At that time, the column was surrounded by a wooden fence and two lanterns on either side. 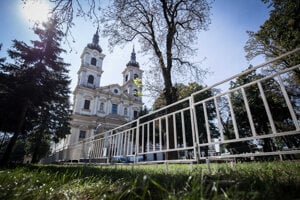 Later, four trees grew around the column before they were eventually cut down. Similarly, the original metal halo around the Virgin Mary’s head, seen in the photos, was not preserved.

“In the pictures, the massive metal candlestick mounted at the front of the column is also partially visible,” Szaszáková said. What has remained is just a fragment.

The valuable and largely unchanged column with the Virgin Mary on top in the middle of the parking lot has been exposed to weathering and covered with microflora for years. Despite this, the expert said: “The column and the statue still represent an interesting urban element in the given space.”