Some Slovak embassies will have to close

The deputy minister says lower funding from the state budget is behind the decision. 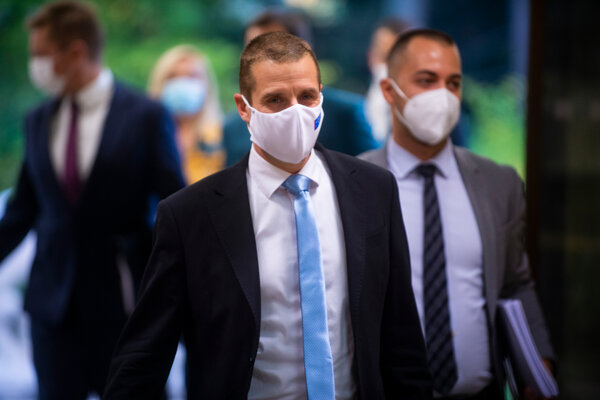 Given the funds the Foreign Affairs Ministry will receive from the state budget in 2022, it will be forced to close some Slovak embassies. With this sum, the department will not be able to maintain the current scope of diplomatic missions, said Martin Klus, the ministry’s state secretary, in an interview with the SITA newswire.

Who will be affected?

Klus has not said which embassies or representative offices will be closed this year. It is clear, however, that it will involve Slovak embassies in Europe as well.

“We did our best to maintain a geographical balance,” Klus said, as quoted by SITA. “If one office is closed down, another one should be capable of picking up the slack. Decisions were also made based on the bilateral relations we have with any given country. When mutual relations are very good, there is little need for a representative office as we often meet at, for example, various European forums.”

The decision is also affected by the economic activities of entrepreneurs in a given country and the activity of Slovak entrepreneurs in that country, Klus explained. When such an activity is lacking, it is possible to employ fewer people at the embassy or close it.

Other countries shutting down embassies too

The closure of embassies is never good news, Klus said, adding this is why he looks for reciprocity, i.e. if a given country has its representation in Slovakia.

He went on to say that other countries are also closing embassies due to budget cuts.

“It was not so long ago that several countries closed down their embassies in Slovakia, including Belgium, Denmark, France Finland and Sweden,” he said, as quoted by SITA, adding they reasoned their decision with the need to save public money.

Despite the decision to close some embassies, Slovakia is planning to open a new one in 2022, though it is not yet clear where.