To the city in the morning, back in the evening. A punker drives homeless people by bus

Roman Hulín is fulfilling his dream behind the wheel of the new bus line. 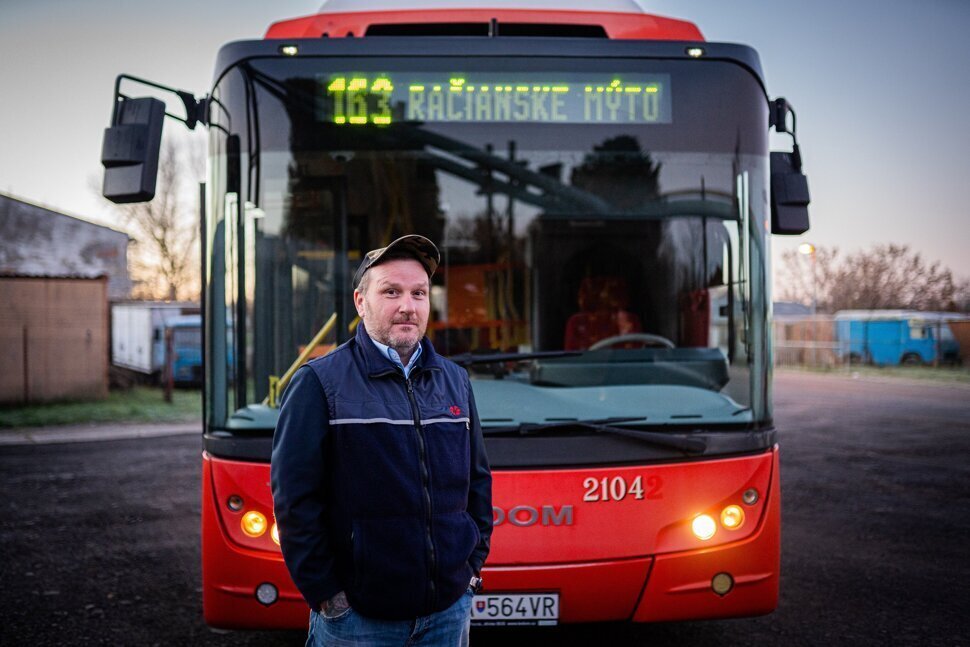 Nearly seven o’clock. A freezing December, the outskirts of Bratislava. The airport, where thousands of people arrive every day, is nearby. And a dosshouse run by the Depaul organisation is nearby.

A large building that used to house a carpentry workshop stands near the road towards the city centre. In the winter, more than 200 homeless people spend the night here. The dosshouse closes its doors in the morning and opens again at 19:00. Dozens of men and women, both young and old, are standing at the bus stop.

When the bus arrives, passengers climb aboard. The man behind the wheel is Roman Hulín, who initiated the brand new bus line number 163, used mostly by the homeless people travelling to and from the dosshouse. He closes the doors and sets off.

A mixture of passengers

“I’ve been driving other bus lines, but about a year ago, I received a brand new bus and started driving bus number 61, between the city centre and the airport,” Hulín said. “I didn’t know what to expect. I quickly found out that this line is different, more difficult and specific.”

Hulín already knows many of “his” passengers. 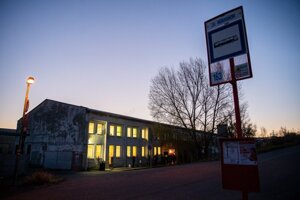 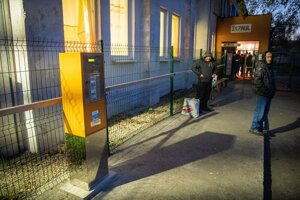 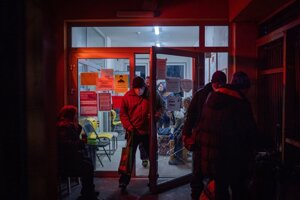 Bus number 163 and homeless people (8 photos)
Sorry, you have just exceeded the allowed number of devices
This subscription grants access to the locked content of Spectator.sk and SME.sk for only one person through a maximum of three different devices or browsers.
To continue reading the article on this device, please update the list of devices in the profile settings.
Administer devices
You can read everything about device settings here.