PM Heger will mark one year in his post. Observers agree he is most likely to stay. 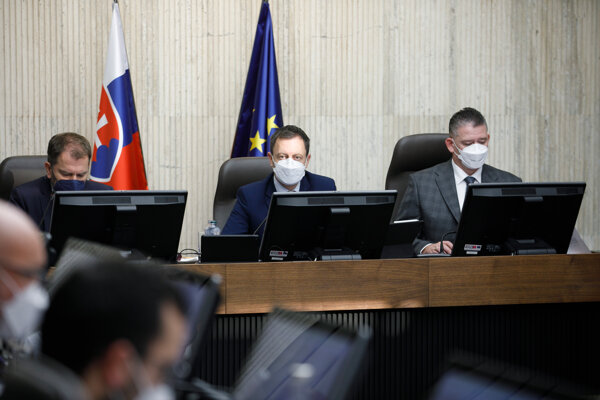 Last year saw a major political crisis in Slovakia, which resulted in the resignation of the prime minister. 2022 is unlikely to see a similar event, political observers agree. Even so, this may still turn out to be a turbulent year for the Slovak political scene.

Political analysts see Eduard Heger's position in the prime ministerial chair as steady and the survival of the ruling coalition as very likely, given that it is in the interest of all those involved. Early elections are thus an unlikely development; but in autumn of 2022 voters will still be asked to turn out in the polling stations for two elections, which will hint at the mood in the country and possible future alliances at national-level politics.

“The development may be turbulent given the broad-spectrum coalition and the pandemic situation,” political analyst Michal Cirner of Prešov University, told The Slovak Spectator. He expects the autumn elections to be the political highlight of the year on the Slovak political scene, while 2022 will also be a year of struggle for the reforms within the EU Recovery Plan.

Analysts cite the ongoing investigation and prosecution of major corruption cases among the expected highlights. Some also worry about growing extremist tendencies and predict that conflicts among society are likely to deepen.

PM Eduard Heger will mark his first year in the post on April 1, 2022. In 2021, he swapped positions with Igor Matovič, who took over as finance minister after Heger, as a solution to the political crisis that followed the purchase of the EMA-unapproved Sputnik vaccine.

Heger has been described as the prime minister of compromises and reconciliation. Entering 2022, political analyst of the Institute for Public Affairs think tank, Grigorij Mesežnikov, sees no political reasons for Heger’s departure, exchange or withdrawal.