Weekend: What if life was like a box of Czechoslovak chocolates?

Get more info in the culture-travel roundup, including Trenčín's aim to revive its fashion tradition. 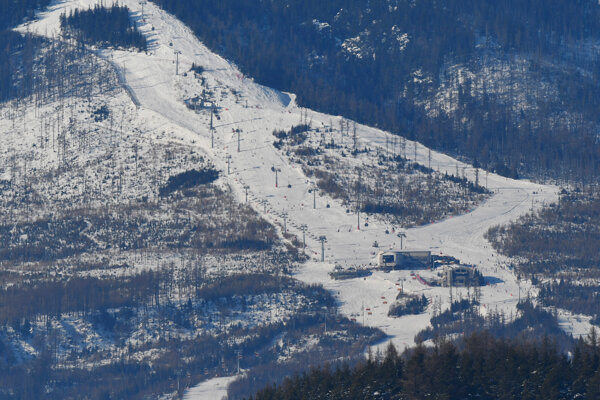 The middle part of the ski slopes of the ski resort in Tatranská Lomnica in the High Tatras. (Source: Milan Kapusta/TASR)
Font size:A-|A+  Comments disabled

In this week's roundup, you will learn more about Czechoslovak chocolate, a walk to a waterfall, and a punk rocker who drives homeless people by bus. 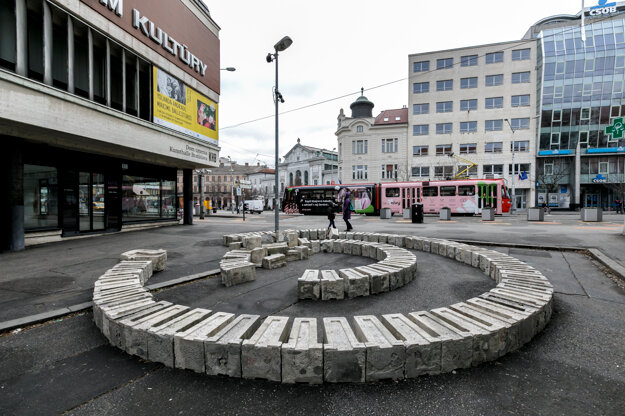 To help people discover the history of chocolate production in former Czechoslovakia, Horehronie Museum in Brezno decided to run a sweet exhibition, created by Bratislava’s Museum of Trade, until the end of January. It has a very straightforward name: Chocolate.

“The chocolate and confectionery industry was one of the most important branches of the food industry in Czechoslovakia,” the museum said.

The history of the industry dates back to the mid-19th century. Several chocolate factories were being established in Austro-Hungary at that point. After 1920, a boom in opening up chocolate and confectionery factories occurred, and their number gradually climbed to 180. Not all of them were large businesses. Yet, up to 20,000 people worked in all these factories. 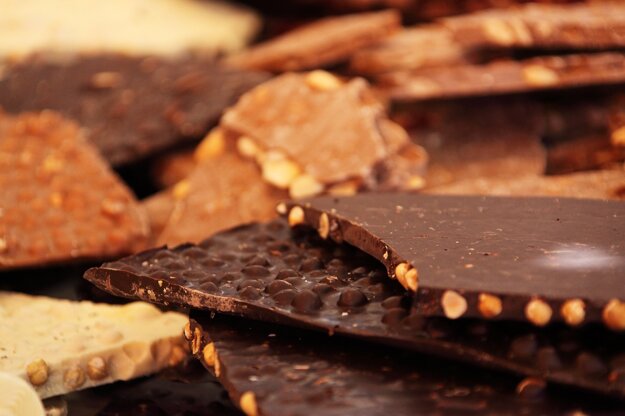 The Chocolate exhibition at Horehronie Museum in Brezno runs until the end of January 2022. (Source: Pixabay)

“In addition to factory production, chocolate produced by confectioners in their workshops was also very widespread,” the museum said, adding that some received orders even from outside Czechoslovakia.

Slovak National Gallery: Hauke Harder’s sound installation Grigio Due, with its principles, indicates the functioning of the world in which we live. It is on display until January 13 at the Esterházy Palace in Bratislava.

The southern side of the dead volcano Poľana is home to Bystrô, one of the largest waterfalls, named after the Bystré stream, in the Western Carpathians. The rock wall of this national natural monument exceeds a height of 23 metres.

Hikers set out on a trip to the waterfall, and further to Poľana (1,458 m), from Detva or Hriňová, towns in central Slovakia. The 2.5-kilometre-long educational tourist trail starts at the Bystré – Vrátka bus stop.

“Next to the waterfall, hikers can find a ladder with chains, which will help them climb to its upper part,” Tomáš Krahulec of the Turistický Novohrad and Podpoľanie regional tourist organisation told the TASR newswire. In 2022, Banská Bystrica Region will invest €35,000 in making the place more attractive. 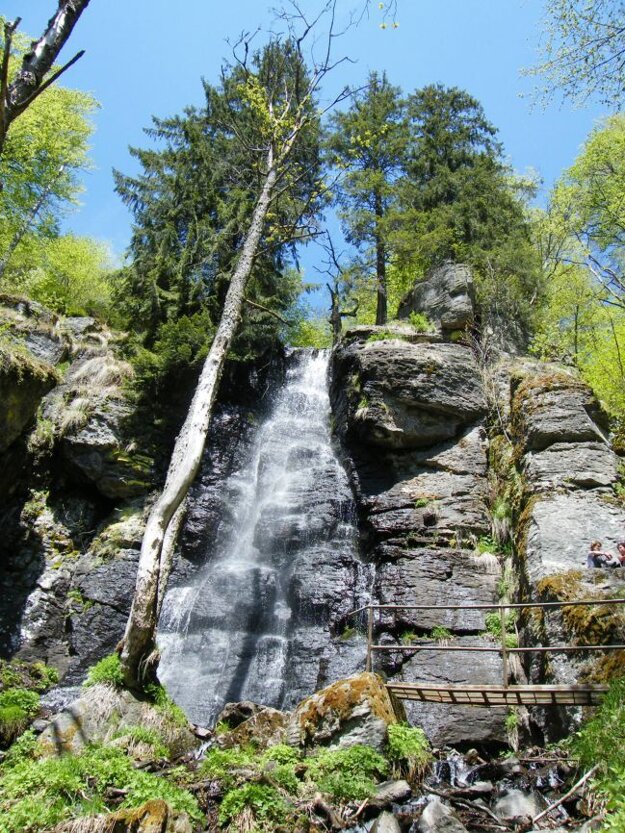 Krahulec added that if people want to see the whole waterfall, they must go down the ladders as well. However, from the top of the waterfall hikers can walk up to Poľana or the Javorinka area with its rock formation Kešovka. From this spot, hikers will enjoy a splendid view of the Hriňová scattered settlements, also known as "lazy", which are set in valleys, fields and hills.

You can find a map of the trail leading to Bystrô here.

Trenčín to revive its fashion tradition

In former times, Trenčín Region used to be a well-known mecca of fashion, at least to Slovaks, and the famous story of the fashion industry may soon see its continuation there.

The Sustainable Fashion Laboratory project aims to help create a responsible and independent fashion industry in the region, the TASR newswire wrote. The initiative of the non-profit organisation Slovak Fashion Council counts on its cooperation with fashion faculties and the city of Trenčín, which will become the European Capital of Culture in 2026. 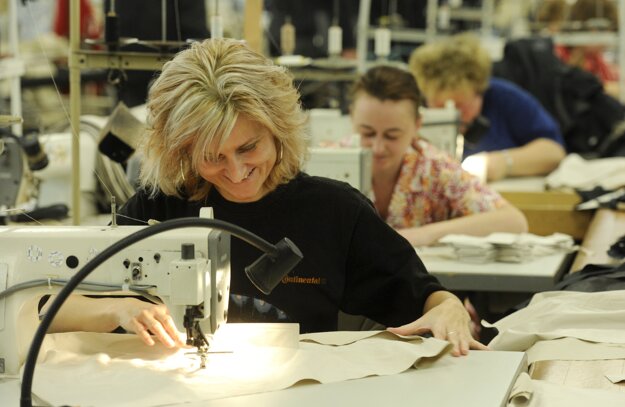 “Fashion could be the impetus for a change that Trenčín needs,” said the council’s head Zuzana Bobíková.

This year, the council wants to bring representatives of fashion cities together to better support the development of the fashion business in Trenčín Region. Summer Fashion Academy will follow in 2024, focusing on children and people living with disabilities. On top of that, the Fashion Street Runaway series will bring fashion to the most unexpected places.

Through the project, Bobíková believes, locals and foreigners will come to understand the importance of the principles of a responsible fashion ecosystem. She added, “Trenčín will become an example for other cities and regions in Europe.”

Nearly seven o’clock. A freezing December, the outskirts of Bratislava. The airport, where thousands of people arrive every day, is nearby. And a homeless shelter run by the Depaul organisation is close. 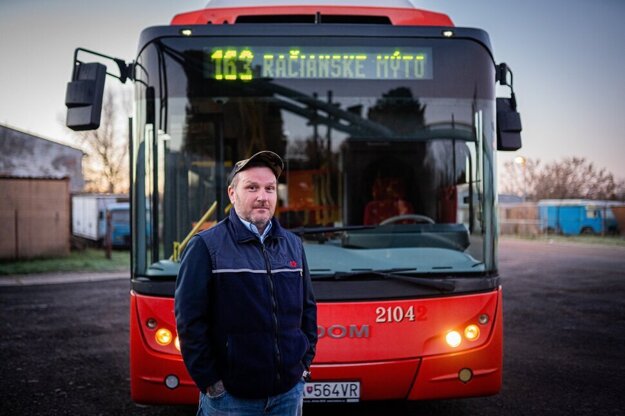 Roman Hulín poses in front of bus number 163, which he personally fought for. (Source: SME)

A large building that used to house a carpentry workshop stands near the road towards the city centre. In the winter, more than 200 homeless people spend the night here. The shelter closes its doors in the morning and opens again at 19:00. Dozens of men and women, both young and old, are standing at the bus stop.

When the bus arrives, passengers climb aboard. The man behind the wheel is Roman Hulín, who initiated the brand new bus line number 163, used mostly by the homeless people travelling to and from the shelter. He closes the doors and sets off.

That is for now. Have a lovely weekend! - Peter