Heger backs agreement with the US, brands the claims of losing sovereignty as misleading

Controversy over defence agreement with the US after General Prosecutor's Office voiced objections. 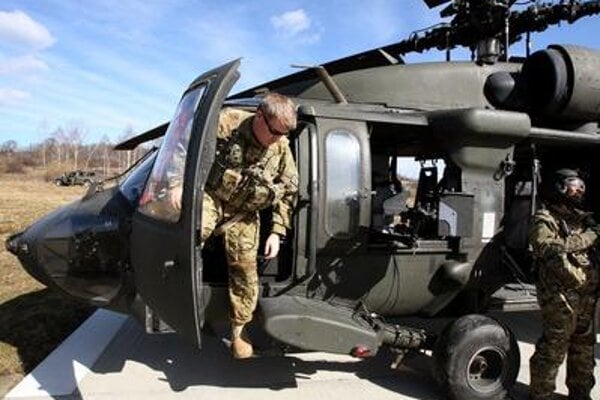 A US Black Hawk during a military training at Lešť base. (Source: Sme)
Font size:A-|A+  Comments disabled

A defence cooperation agreement with the US has stirred a wave of discontentment in Slovakia weeks after it was first presented to the public.

The U.S.-Slovak Defence Cooperation Agreement was submitted for interdepartmental review in mid-December by Defence Minister Jaroslav Naď (OĽaNO) and is backed by Foreign Affairs Minister Ivan Korčok (SaS nominee). The interdepartmental review has recently been concluded amid controversy after General Prosecutor Maroš Žilinka announced on Facebook that his office submitted 35 fundamental objections.

PM Eduard Heger (OĽaNO) backed the agreement on January 7, but there are concerns that some of the ruling coalition parties may be against the agreement. The US Embassy stressed in its statement that the agreement does not anticipate or authorise the permanent presence of American troops in Slovakia.

"U.S. forces are allowed only with Slovakia's consent," US Ambassador Bridget Brink stated. The agreement creates the legal basis for American investment in the Slovak military infrastructure, according to the ambassador, the defence minister and the prime minister.

What the agreement is about