This week Žilinka will celebrate with a Russian prosecutor named on an EU sanctions list. 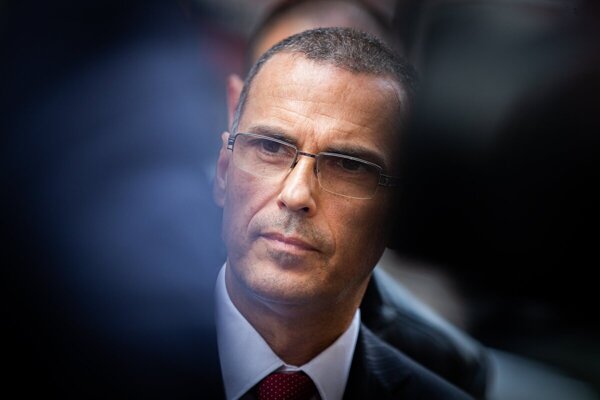 Welcome to your weekly commentary and overview of news from Slovakia. A proposed defence agreement with the US stirs the general prosecutor, opposition follows suit. Cultural venues are allowed to open but are not happy. Elections in 2022 will take Slovakia’s political temperature. An interview with the woman who protects whistleblowers.

Defence deal with the US questioned

When General Prosecutor Maroš Žilinka marked one year in office last month, comments from politicians and experts on his actions to date ranged from lukewarm to critical. Shortly after the New Year, however, the general prosecutor made a move that unnerved even the more sympathetic among his critics.

In a banner-like Facebook post, Žilinka announced – in bold black letters on a portentous red background – that his office was recommending wholesale rejection of a defence deal with the US proposed by Defence Minister Jaroslav Naď (OĽaNO) and backed by Foreign Minister Ivan Korčok (SaS nominee). The General Prosecutor’s Office submitted more than three dozen objections to various aspects of the deal.

It was the last day of interdepartmental review and the first time the deal had made headlines since it was first proposed in mid-December. Naď and Korčok, as well as Prime Minister Eduard Heger (OĽaNO) were quick to repeat their explanations that this was a framework agreement of the kind that the US has closed with more than 20 countries in Europe, it is mostly meant as a basis for American investments in Slovakia’s (and hence, in fact, NATO’s) defence infrastructure, and that it does not constitute grounds for any permanent presence by American troops in the country. The US Embassy made a statement along similar lines, stressing that the sovereignty of Slovakia is not at stake.

But by then, the opposition had already spotted the chance to score some precious political points out of the whole affair.