A train without a driver set off from Košice, finally stopping in Hungary

The case is under investigation. 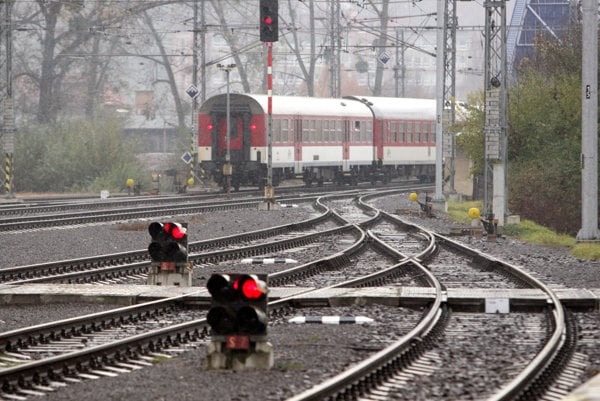 A non-driven cargo train set of 22 wagons with an engine disengaged from the railway station in the Košice-Barca borough on January 10 evening.

It drove 25 kilometres and stopped only after crossing the Hungarian border between the stations Hidasnémeti and Zsujta, the TASR newswire reported.

The case is being investigated by the Slovak state-run cargo railway operator ZSSK Cargo Slovakia. It confirmed no employee was injured and no property was damaged.

More details after the investigation

The Pn49720 train arrived at the train station in Košice Barca on the evening of January 10. Since it was necessary to change the engine in order for the train to travel to its final station in Haniska, near Košice, the engine was unharnessed and, subsequently, ran around the train that brought the train set.

During this process, the train was arbitrarily set in motion, said Silvia Kunecová of ZSSK Cargo, as reported by TASR.

Even though the Slovak side tried to stop the train, not even the use of 10 stoppers managed to do it. The train stopped only in Hungary. After “cutting” the point after the Hidasnémeti stop, a track slope was used to stop it.

“The reasons and consequences will be revealed only after the investigation is over,” Kunecová added, as quoted by TASR.