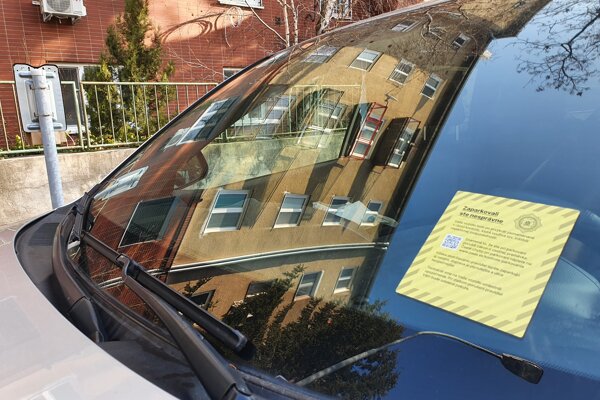 After a few months' delay caused by the Covid-19 pandemic, Bratislava has launched the long-awaited city-wide parking policy, which does not apply everywhere for now.

As of January 10, the residents of three zones need an electronic residential parking card to park free of charge. Others can use either of two special parking cards or pay for a one-hour parking fee. The Bratislava Parking Assistant (PAAS), the official name of the scheme, will expand further in the spring.

-parking is allowed at official parking places only

“Bratislava was the last capital in Europe without a city-wide parking policy; this changed on Monday, January 10,” said Bratislava Mayor Matúš Vallo the day after the parking scheme was launched. He calls the regulated parking one of the biggest reforms in Bratislava over the last decades and a significant change in the thinking and operation of Bratislavans. “This is the only way to move Bratislava in the direction of developed cities and addressing parking problems.”

The city-wide parking scheme sets clear parking rules, offers residents better parking and smoothens city transport. The scheme will also contribute to the discussion on the place of cars in the city, according to Vallo.

The PAAS scheme was launched in the following zones: Krasňany in the Rača borough, Tehelné Pole in the Nové Mesto borough and Dvory 4 in the Petržalka borough. In Tehelné Pole, the scheme replaced a pilot scheme of the local municipality, while in Petržalka’s Dvory a local regulation scheme remains in operation along with PAAS. Krasňany did not have any regulated parking before.

Under the new scheme, residents of these zones have to register and buy a residential card for €39. The basic condition is that they have permanent residence.

“There will be no exceptions,” Vallo told The Slovak Spectator.

Complicated, but with advantages