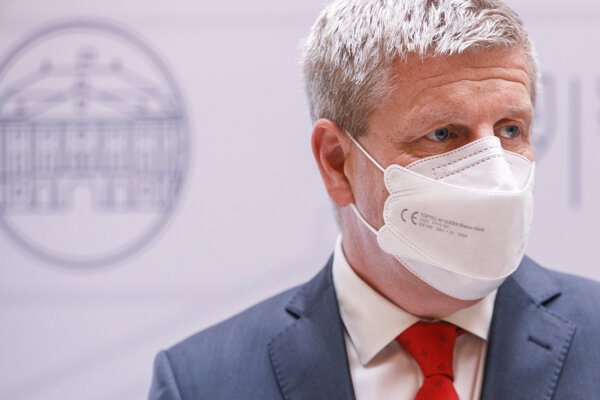 The labs confirmed 6,183 positive PCR tests out of 18,024 performed, which represents 34 percent.

At the same time, the sequencing confirmed another 73 cases of Omicron, meaning that 127 cases of this more contagious coronavirus variant have been officially confirmed so far.

“Together with the increased number of positive PCR cases, this indicates the onset of the Omicron wave,” said Health Minister Vladimír Lengvarský (OĽaNO nominee).

The actual number of Omicron cases may be even higher, given the period between taking a sample and sequencing it. We can even assume that Omicron is already dominant in Slovakia, said Matej Mišík, head of the Institute for Health Analyses, which runs under the Health Ministry.

Back in December 2021, the Delta variant was dominant in Slovakia, comprising 98.8 percent of all sequence samples. Omicron represented only 0.6 percent. Yet, in the sample sequences in the first days of January, Omicron was present in 13 percent of samples and a week later, the share increased to 30 percent, as stems from the data provided by the Public Health Authority (ÚVZ).

Both scientist Pavol Čekan and mathematician Richard Kollár, a member of the Science Helps initiative, have warned that the Omicron wave is already here, and called on people to be careful. According to Kollár, the situation will deteriorate rather quickly in the following days.

Infections up, hospitalisations still down

The number of new infections increased by about 26 percent compared to the previous weeks. As many as 15 districts reported a weekly growth of more than 50 percent, with cases growing mostly in the northeast and southwest. In the districts of Stropkov and Sabinov in the northeastern part of the country, the cases more than doubled.

In 48 districts, the increase represents more than 10 percent. 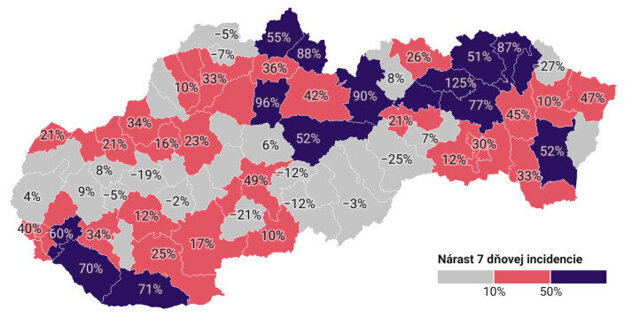 The increase in 7-day incidence of cases. (Source: Health Ministry)

The average number of Covid deaths also increased, by 59 percent compared to a week before.

Starting next week, there will be special tents raised in front of hospitals, expected to reduce the pressure on the main entrance. People attending these tents will be divided in different groups, based on whether they need hospitalisation, treatment with monoclonal antibodies or other medication.

The cabinet is also continuing the debate on the potential shortening of home isolation for people who test positive for Covid. Economy Minister Richard Sulík (SaS) would welcome the shortening from the current 10 days to five days.

Lengvarský said that home isolation will be shortened only if large groups of employees will be unable to work. Yet, he said that it will not be shortened this week.