Bratislava gets a new natural reserve

The Vydrica reserve is named after a local brook. 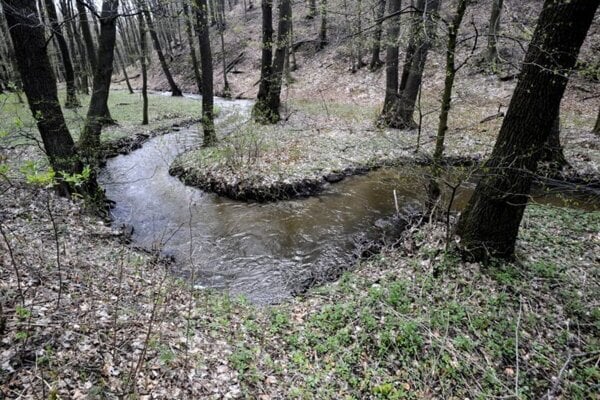 A significant portion of the forests above Bratislava, in the Small Carpathian hills, will live to see a higher level of nature protection. The Vydrica Nature Reserve, to be established on February 1, will cover the popular tourist locations Spariská, Malý Slavín and Biely Kríž. The cabinet approved the launch of the reserve at its session on January 19.

“After 15 years of efforts by nature conservationists, Bratislava will get another nature reserve, in which nature conservation will come first, but at the same time Bratislava residents and visitors can still go there to relax, as they were accustomed to,” said Bratislava Mayor Matúš Vallo, as quoted by the TASR newswire.

The city council approved the launch of the reserve back in 2018. There will be a specific regime combining nature protection and intensive recreational use.

“This can become an example for other protected areas in Slovakia,” said Matej Dobšovič, director of the municipal forest company Mestské Lesy v Bratislave (MLB), as quoted by the TASR newswire.

The reserve is named after the Vydrica brook that flows across it and which once powered several water mills along its course. Its name is derived from the Eurasian otter (vydra in Slovak), a protected species that has returned to it after many years. The reserve is home to several species of European importance, for example stone crayfish, Balkan goldenring – the largest dragonfly species found on mainland Europe – the violet click beetle and the Rosalia longicorn, a distinctive blue-grey insect.

The Vydrica Reserve will cover an area of ​​483 hectares. Most of that, 450 hectares, will be in the strictest fifth degree of protection. The rest will fall under the fourth degree of protection. However, the free movement of tourists as well as bikers in these forests will continue to be permitted. It will be also possible to barbecue, pick mushrooms or organise sports events here. In general, movement in areas with fifth- and fourth-degree protection is allowed only along official tourist trails. There will be a strict ban on commercial felling of wood and construction throughout the whole territory of the reserve.

Matovič's package worth a billion sails through parliament

Municipalities will bear half the costs, saying they may have to raise taxes.