See the list of films made at Bojnice Castle in the past eight decades. 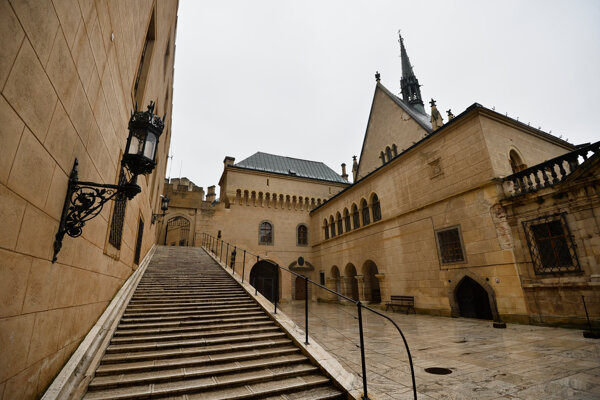 Because of its romantic appearance, Bojnice Castle has hosted many film crews over the years. (Source: Radovan Stoklasa for TASR)
Font size:A-|A+  Comments disabled

Ján František Pálfy, the last aristocratic owner of Bojnice Castle and who died in 1908 in Vienna, would have been happy to see how his property has prospered.

In 1951, decades after his death and a 1950 fire, one of Slovakia’s most visited castles was turned into a museum, as Pálfy wished in his will; but it has since grown into a popular filming location as well.

Thanks to its romantic appearance, park, and a nearby zoo, the castle has hosted many Czech and Slovak film crews working on fairy-tales and other productions in the past eight decades. 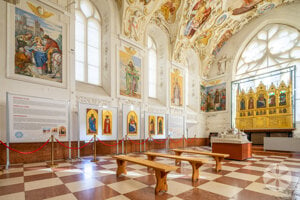 “In the last two years, there has been an interest in filming on the castle premises by several world-famous production companies,” said museum worker Diana Kmeťová Miškovičová from the Bojnice Museum, which is housed in the castle.

Unfortunately, their intentions have so far been thwarted by Covid, she added.

The first productions set in the castle dates to 1943 when two short Slovak documentaries, Bojnice and Bojnice Castle, were made by the Institute of School and National Education Films (Školfilm) and the news monthly Lúč (Ray).

Then it took nearly two decades for the first fairy-tale movie to be filmed at the castle. In 1959, a Czechoslovak film crew moved to the impeccable castle premises to make Pán a hvezdár (The Nobleman and the Astronomer), one of many classics in Czechoslovak cinema.

“The first TV miniseries filmed at the castle was Vivat Beňovský,” the museum worker said. The 1973 historical series full of adventures, set in the 18th century, recounts the story of Slovak traveller Móric Beňovský, who became the King of Madagascar.

The well-known family miniseries Safari, which Slovaks in their forties grew up watching, takes place in the zoo adjacent to the castle.

Some may still believe animal scenes were filmed at Bojnice Zoo. A crew chiefly shot scenes involving people at the zoo, however. “The vast majority of animal shots in the series were made at other zoos, in Dvůr Králové and in Lešná [both in the Czech Republic],” the zoo explained on its website.

Most films made at Bojnice Castle have been produced by Czechs and Slovaks, but the Italian director Lamberto Bava decided to film Fantaghirò 2 at the historical site in 1992. Bava came back to Bojnice three years later to shoot the fantasy film Alisea and the Dream Prince.

“The last fairy-tale filmed at the castle was O liečivej vode [Healing Waters],” Kmeťová Miškovičová said. The Czech-Slovak television film, in which the world of humans and the world of water have co-existed side by side for years, was filmed here in 2020.

The museum worker also cited that Slovak actor Jozef Dóczy appeared in the highest number of productions made at Bojnice Castle, six in total, including Safari and Vivat Beňovský.

“The directors who repeatedly returned to film at the castle were Radim Cvrček [She Fell from the Clouds, Safari] and Lamberto Bava,” the museum worker added.

Bojnice Castle experienced the most fruitful period in the nineties when seven productions, including Bava’s two films, were shot at the location.