Interested in sending your child to an international school? Here is a guide.

Related: Overview I University students I Employers on university reform I Preparation for work I Dual education survey I Language schools I International schools 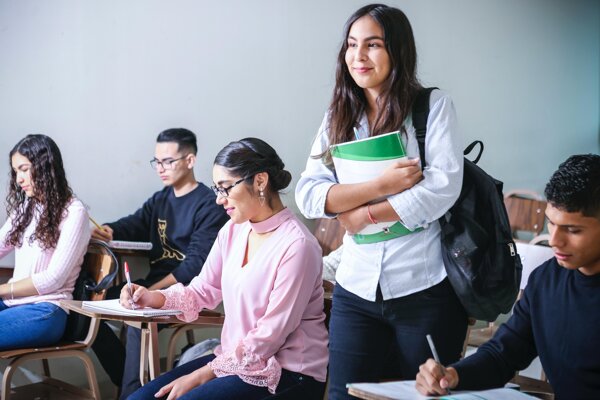 Who can study at international private schools, what conditions do applicants need to meet, and what is the typical graduate profile of these schools? The Slovak Spectator put together some answers to questions related to international schools.

Who can study at an international private school?

Everyone eligible to study at a public school in Slovakia. Some schools offer education from an early age up until the student's graduation from secondary school.

Are only the children of expats allowed to study at international private schools?

No. Usually, there is a mixture of Slovak and expat students. Some schools even have a higher share of Slovak students.

What conditions do children have to meet to be enrolled?

For the youngest students applying to kindergartens and the first few grades of primary schools, parents are usually required to fill in an application that is later evaluated.

Older children (applying for the higher grades of primary schools and places in secondary schools) usually have to pass an entrance test that evaluates their knowledge of English and in some cases maths, or their general knowledge and abilities.

It is also necessary to pay an admission fee and, if required, submit some additional documents (the lists can be found on the respective schools’ websites).

Those attending international schools from a very young age can proceed smoothly to other grades, but there is usually no problem transferring from a different school if the child meets the conditions.

Yes. International schools issue secondary school diplomas that are recognised both in Slovakia and abroad. All of those The Slovak Spectator spoke with say they have students at various universities across the globe.

In which Slovak towns and cities are international private schools located?

Most international private schools are situated in Bratislava. There are also schools in western Slovakia (Šamorín and Trnava), and Košice.

What are the languages of instruction?

International private schools are usually either bilingual (English and Slovak) or offer education primarily in English. Some have an even wider offer, providing education in other world languages, usually German, Spanish or French.