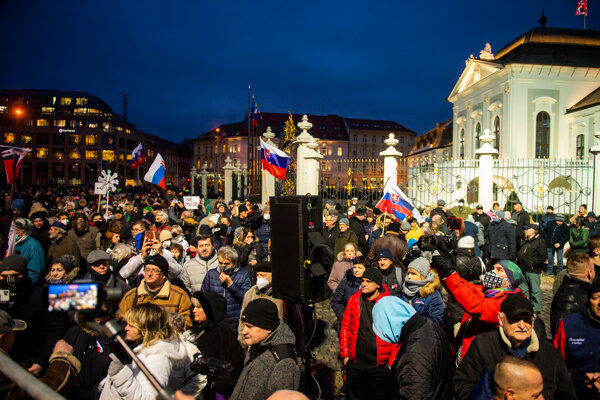 More than 1,000 people gathered in front of the Presidential Palace on the afternoon of January 26 to protest against the defence deal between Slovakia and the United States, mandatory Covid vaccination and the increase in the prices of food and energy.

Organised by the opposition party Smer, it was attended by several representatives of the opposition and the non-parliamentary parties. In their addresses to the crowd, they mentioned a snap election as the only way out of this situation.

“Slovakia must be ready for the uprising of people against the government,” said Smer chair and ex-three time prime minister Robert Fico, as quoted by the TASR newswire. 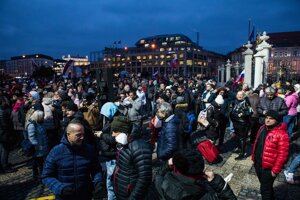 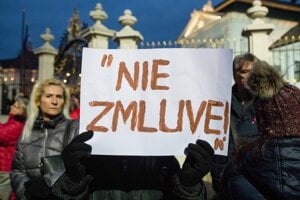 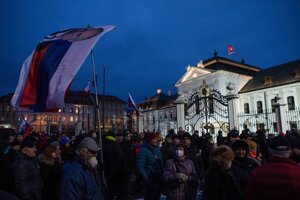 The police did not report any violations of the law during the protest, TASR reported.

Many of the participants, including the speakers, did not cover their faces with masks or FFP2 respirators, despite not maintaining a two-metre distance. Fico even entered the crowd, taking pictures and shaking hands, the Denník N daily reported.

This occurred on the same day on which Slovakia reported about 13,800 new positive PCR tests.

Fico was quite critical of the government in his speech, claiming that it cannot deal with the pandemic, so it is scaring people by mentioning deaths caused by the Omicron variant or war, according to Denník N.