General prosecutor does not see any problems with his Moscow trip

There were not enough MPs to open the session of the parliamentary foreign affairs committee. 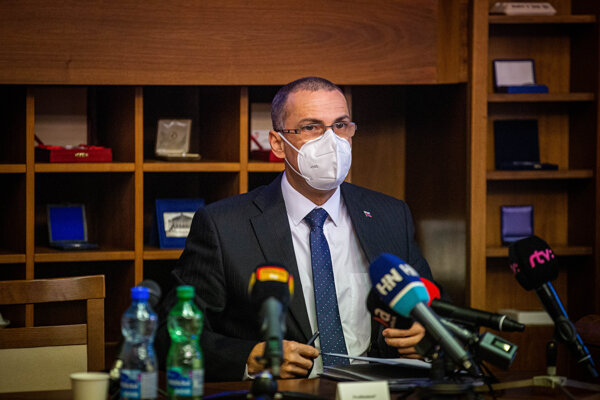 General Prosecutor Maroš Žilinka was supposed to explain his recent trip to Moscow, where he attended the celebrations of the anniversary of the establishment of the Russian prosecutor’s office, to the members of the parliamentary foreign affairs committee.

Yet, the session, initiated by the coalition MPs, lacked enough MPs to declare a quorum. As a result, Žilinka decided to leave and not answer the questions of the present MPs about what he thinks about the crimes of the Vladimir Putin regime and the reasons for putting his Russian counterpart Igor Krasnov on the EU sanctions list, the Sme daily reported.

Žilinka admitted when speaking to journalists that he did not discuss the criminal accusations against the Russian government when visiting Moscow. He added he can imagine cooperating with Russia when it comes to revealing cyber-crimes, even though the Russian secret services are suspected of cyberattacks on Slovakia, among others, Sme wrote. 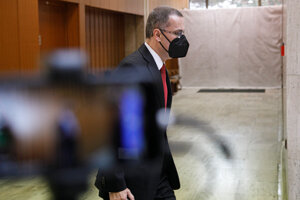 The parliamentary committee needed one more member to reach a quorum; there were only seven out of 15 members present. The session was not attended by most opposition MPs, and MPs Martin Borguľa and Adriana Pčolinská of the junior coalition party Sme Rodina. Sme Rodina nominated Žilinka to the post of general prosecutor.

Pčolinská explained to Sme that the party members agreed on not politicising Žilinka’s trip to Moscow.

Žilinka considers the fact there were not enough MPs to reach a quorum a sign of disrespect towards the General Prosecutor’s Office.

“I see no reason for acting responsively towards those who despise the General Prosecutor’s Office,” he said, as quoted by the TASR newswire.

He stressed he violated no regulations, including sanction-related ones, when travelling to Russia, adding that the top prosecutors of Slovenia and Belgium, as well as the representatives of other European prosecutor’s offices, were also present. In addition, at every meeting he attended, he highlighted the importance of lawfulness and the observation of fundamental human rights and freedoms, he added. 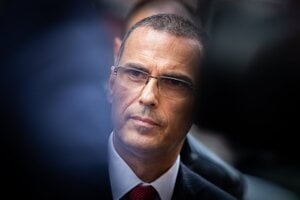 Yet, as the Denník N pointed out, the representatives of the other prosecutor’s offices present at the celebrations were of lower ranks.

He went on to say he signed no agreement there, but rather a plan of cooperation between the Slovak and Russian prosecutor’s offices. When asked why he wants to suppress cyber-crime with Russia, even though the Kremlin is suspected of committing these crimes, he said that he is currently working on legal cooperation with Italy and asked whether this should be stopped only because Italy is a cradle of the Mafia, as reported by Denník N.

Žilinka rejected the links between his visit to Moscow and his objections towards the defence deal with the United States, submitted just days before his departure, claiming it was only a coincidence.

Differing stances of coalition and opposition

Speaking to the press after the committee session, several coalition MPs who were present criticised Žilinka for leaving and not answering questions. In their opinion, even though there was no quorum, the general prosecutor could have stayed and talked to them. They referred to a similar situation, involving Foreign Affairs Minister Ivan Korčok (SaS nominee), who decided to stay despite the committee's lack of a quorum.

On the other hand, MP Marián Kéry, who represents the opposition Smer party, said the coalition would be able to open the session if all of its MPs who are a part of the committee came, as reported by TASR.

Originally, Žilinka was supposed to explain his trip at the session of the parliamentary constitutional and legal affairs committee, scheduled for February 1, but in the end, the programme changed.