The average age of cars in Slovakia keeps increasing. 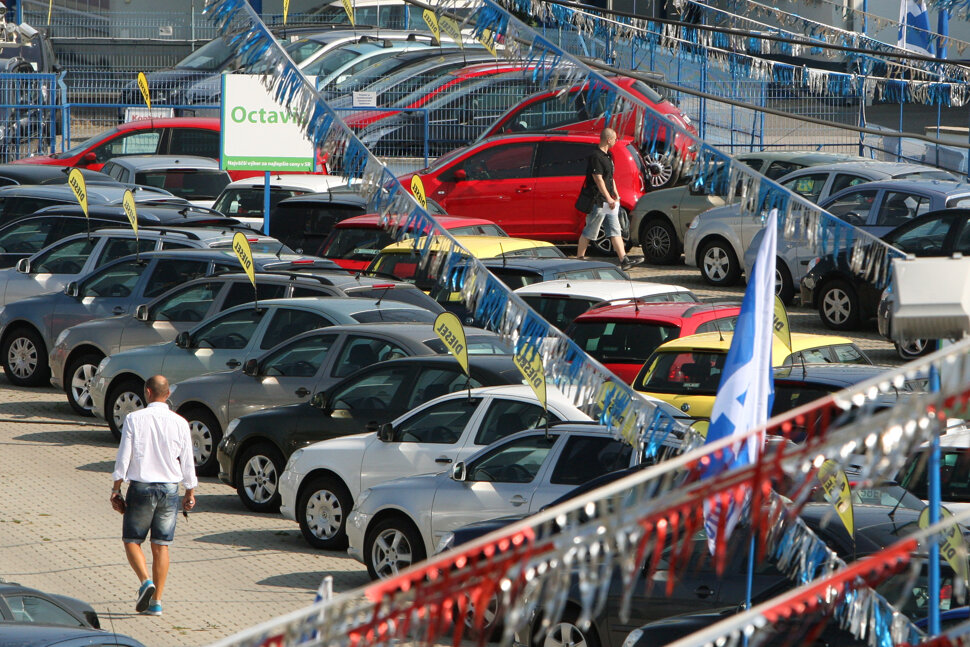 Used cars made up a 44.6 percent of all the passenger cars registered in Slovakia in 2021. (Source: Sme)
Font size:A-|A+  Comments disabled

Rejuvenating the national car fleet is one opportunity countries have to curb their greenhouse gases emissions. But unlike other European countries, Slovakia has so far failed to put more environmentally-friendly motor vehicles at an advantage.

“As a result, we are importing scrap and Slovakia is turning into Europe's scrapyard,” said Alexander Matušek, chair of the Slovak Automotive Industry Association (ZAP), in mid-January as he presented an overview of the Slovak automotive industry in 2021.

Even though Slovakia is a global car-manufacturing powerhouse, boasting the highest automobile production per capita in the world year after year, most of these cars are exported to more wealthy markets.

Experts partly cite the chip crisis that halted car production lines as the reason behind the increase in imported used cars.

“Buyers do not want to wait for the supply of a [new] car after the crisis extended the waiting time for some models by as long as one year,” Juraj Smatana, state secretary of the Environment Ministry, told The Slovak Spectator. To prevent waiting, people opt for a readily available used car.

Jana Liptáková
Subscribe Author Subscribe
News: Receive notifications about new articles by email. Try the new feature and turn on the subscription.
Jana Liptáková has been with The Slovak Spectator since 2004. After three years of serving as a part-time contributor and freelancer for the culture section, Ms. Liptáková joined The Slovak Spectator full-time as a culture writer and photographer in April 2007. Before joining the Spectator, Ms. Liptáková worked with the TASR newswire and later Slovakia’s first private newswire, SITA, for more than 15 years. Ms. Liptakova covers culture and business and she is the newspaper’s photographer.Ms Liptáková graduated with a Masters of Sciences degree (awarded for extended study) from the Technical University in Trnava, majoring in materials science and technology.
Comments disabled
Send the article by email
Close ad