The new discovery will not impact the completion of a D1 stretch, the National Highway Company said. 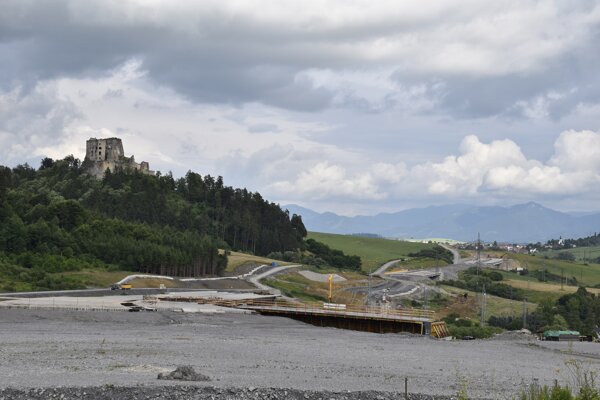 The D1 stretch between the towns Hubová and Ivachnová, Žilina Region, should be completed in late 2023. (Source: Miroslava Mlynárová for TASR)
Font size:A-|A+  Comments disabled

Workers building a highway stretch in northern Slovakia have discovered a cave, interrupting critical voices of the still unfinished D1 highway for a while.

The National Highway Company (NDS) posted on Facebook on February 3 that a cavity 31 m in length and 1.5 m in height was uncovered near Čebrať Tunnel, which is a part of the Hubová – Ivachnová road stretch currently under construction.

The new cave is expected to be larger.

A survey will follow, the national company said, before the Žilina Region decides what is going to happen with the cave.

Construction workers came across the cave as they excavated a building notch, though previous surveys had not identified it beforehand.

“We found it at the very bottom,” the chief geologist of the highway stretch Andrej Žilka said. “Given the geological environment in which we localised it, this is a very unexpected discovery.”

Sinter decoration formed by mineralised underground water is very rich in the cave, which is quite atypical for fissure caves, the geologist added.

From a geological point of view, it is part of the Fatrikum, also known as the Krížňanský Overlying Rock, Žilka noted. It is a tectonic unit of the Western Carpathians.

“When these overlying rocks are created or when they move, various tectonic faults occur. A cavity can thus form,” the geologist said.

The NDS ensured the recent discovery would not impact a deadline for completion of the highway stretch near Ružomberok. The opening is scheduled for late 2023.