Family of wild boars on the tram line breaks the internet

No complications were caused, but the mayor of the Karlova Ves borough calls for solutions. 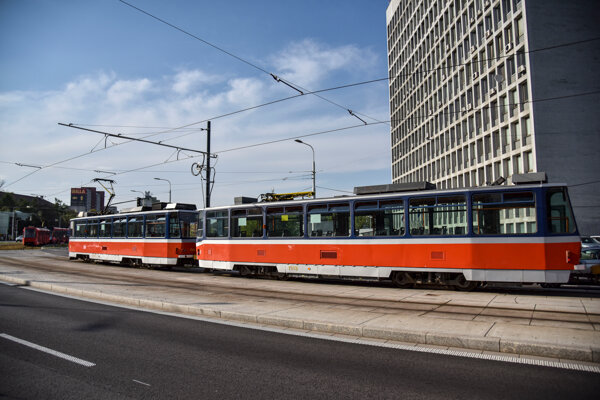 A family of wild boars wandered the streets of Bratislava on Friday, February 4. Several videos sent to the police capture them wandering along the tram line near Nábrežie Armádneho Generála Ludvíka Svobodu Street.

“Their walk ended successfully; there were no people injured and no complications in transport reported,” the police wrote on Facebook.

Yet, Dana Čahojová, the mayor of the Karlova Ves borough, said state authorities should start paying attention to the overpopulation of wild animals in the municipalities.

As she wrote, the employees of the borough met some 50 animals right in the middle of the borough a few days prior, adding they may have been in distress. She stated that wild animals do not belong to the city.