They are negotiating on whether they would connect and run in tandem. 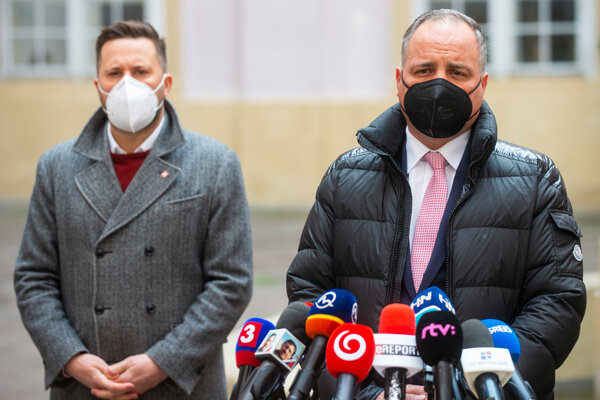 The capital and Bratislava self-governing region have the first two candidates who would like to be elected to the posts in the upcoming municipal and regional elections.

Current mayor Matúš Vallo and incumbent chair of Bratislava Region Juraj Droba would like to retain their positions. They are the first two to announce that they will run in the autumn election.

The municipal and regional elections will take place on the same day for the first time in Slovak history. The precise day has not been scheduled, but it is expected that the election will take place at the end of October or the beginning of November. In these two elections, even foreigners with permanent residence in Slovakia can vote and run for election. 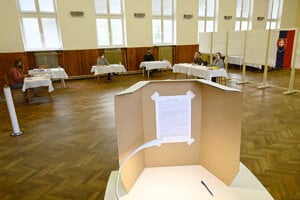 Bratislava Mayor Matúš Vallo founded the Team Bratislava municipal party. The founding members of the party are Vallo's current co-workers as well as new people. To register as a party, they have to collect at least 10,000 signatures. The party started to gather them on February 7.

“We managed to maintain the city in an atmosphere of cooperation, thanks to which we were able to implement many important changes for the development of our city,” Vallo said, as quoted by the SITA newswire. “From the biggest ones, which require a lot of money, to details that can be seen on the streets every day.” 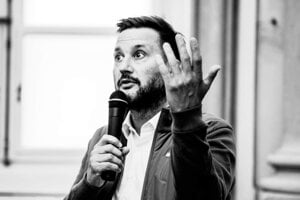 Foreigner’s community has a big voice, but it needs to be more organised Read more

He added that they have new ideas, a new energy and new things to offer the city.

Matúš Vallo became the mayor of Bratislava for the first time in 2018 among ten candidates. He was running with the support of Team Vallo and the parties Progressive Slovakia and Spolu.

Droba may connect with Vallo

Chair of Bratislava self-governing region, Juraj Droba (SaS), announced that he is running for re-election on February 7 along with coalition chair SaS Richard Sulík.

“I want to re-apply for this position and continue with work that makes sense,” Droba said, as quoted by the TASR newswire. 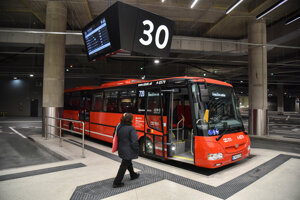 If he retains the post, he promises to continue the construction of the bypass in the region of Malé Karpaty, help with the development of rail transport, and the construction of campuses in Bernolákovo, Modra and Bratislava. He also has plans in other competence areas of the region, including culture and sports.

Sulík said that there is the possibility of an agreement with the mayor and his team. Droba said that they are still negotiating this option. Addressing the mayor of Bratislava, Droba stated that, unlike other regions, they have had exemplary cooperation for four years.