Their number has increased five times in the past ten years and schools are woefully unprepared. 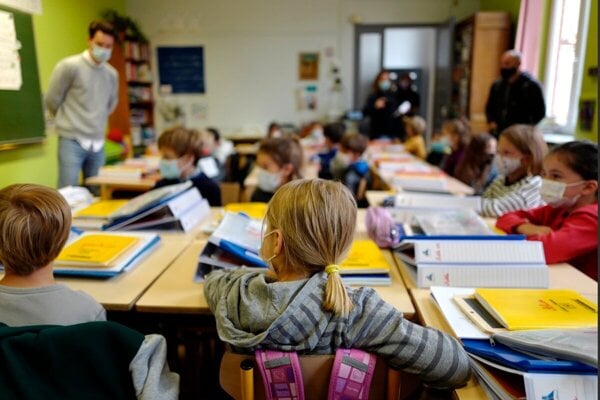 Ecuadorian Diego Loyola has lived in Slovakia with his wife since 2010. He has spoken Spanish and Hungarian to his children since they were born, but when his older son started to attend kindergarten, the boy was lost without knowing the Slovak language.

“He has a problem fitting in, finding friends,” Loyola said. “Children did not have the patience to try to understand him and because they did not, they did not want to play with him.”

Diego’s wife is Slovak with Hungarian nationality. She started to speak more Slovak with the children and they succeeded in catching up after several years.

Not all foreigners living in Slovakia have this advantage. The Sme daily talked to several of them whose children experience misunderstanding, isolation, bullying and trauma due to a language barrier.

Parents of these children, but also experts and state institutions, are stressing that Slovak schools are not ready to educate foreigners.

“At one meeting, the teacher pushed us not to talk English with our daughter at home. She said that her Slovak is awful and we are to blame for that. We were shocked,” said an American and Slovak couple who live in a smaller Slovak town.

They and several others wanted to remain anonymous because they fear the situation of their children could get even worse. They say that the teacher did not take into consideration that English is the only communication language between father and daughter.