Money is poor glue, we need shared values to hold us together (interview)

Slovakia is not ready for the challenges of the 21st century, but nobody really is, says the new head of the European Commission’s office in Bratislava.

Related: Interview I Who is Vladimír Šucha 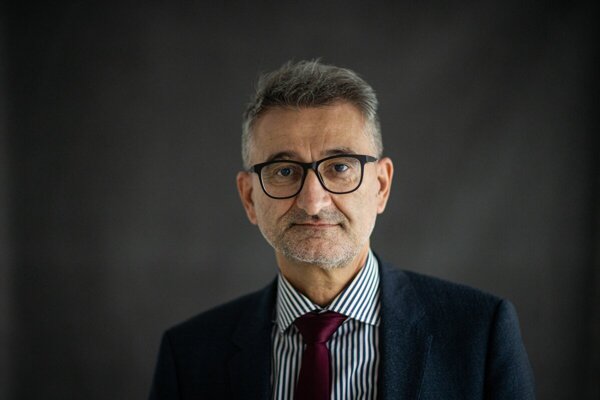 This interview was produced in partnership withReporting Democracy, a cross-border journalism platform run by the Balkan Investigative Reporting Network.

Slovakia shares European values; it only needs to make those who represent them more visible in society, says VLADIMÍR ŠUCHA, who took over as the head of the European Commission’s Representation in Bratislava at the beginning of this year.

In this interview, the former head of the EC’s Joint Research Centre shares his views on how well Slovakia is prepared for the challenges posed by digital transformation and what it has yet to learn about European solidarity.

Brexit and the pandemic have been traumatic moments, but also opportunities for the EU. Has the Union learned from them?

I would not say all these challenges started with Brexit. I remember many crises of the EU, big challenges in the past, and I have the impression that the EU is strengthening and developing with each crisis. During a crisis, you concentrate on the solution, you see much more clearly what is functioning well and what is not. There is also an appetite and energy to change.

Because of Brexit, institutions feel that there is a need for constant dialogue. That is why the European Commission (EC) and the European Parliament launched the Conference on the Future of Europe. I wouldn’t be surprised if this dialogue continued beyond the conference. The previous commission presented a white paper on the future of Europe and there was a big meeting during the Slovak presidency of all leaders here in Bratislava that resulted in the declaration on the future of Europe.

Brexit was a good, cold shower for those who are constantly against the EU. It consumed a lot of energy and it’s still not settled. All the consequences are quite negative in many ways. We must realise that the 21st century is not a century where non-cooperation is going to bring one very far. Climate change, hunger, artificial intelligence, and demography require global cooperation. 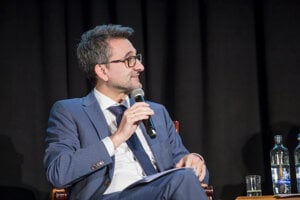 And what has the EU learned from the pandemic?

The pandemic was a wakeup call. I remember well when we, the Commission, started to gather data on rare diseases and cancer. It took months and months of negotiations with member states to allow the Commission to collect the data because medical issues are not in the EU’s competency.

The pandemic is clearly showing that the EU should work much more closely. Cooperation proved to be very successful with the Covid vaccine but also with medical supplies, which were initially interrupted. When the EU started to cooperate more closely, it was much better. Also, as far as I can hear or sense in the debate about the future of the EU, one thing is emerging very clearly: we need much more cooperation in health and medical issues. I think this is a very good lesson we have learned.

A similar argument could be made about the disinformation campaigns that the EU is facing. Slovakia belongs to the most vulnerable member states. Could the EU institutions do more to counter disinformation that is eroding unity and democracy in the union?

The EU is just starting to realise how big a role disinformation plays and how cleverly and skilfully different state and non-state actors are using it against the EU. Disinformation is spread from outside towards the EU, but there are also different actors inside the EU trying to create either geopolitical or economic profit for themselves. A few years ago, the EC started taking a more comprehensive, systemic approach to diagnose, detect and respond to different threats, but we still have a long way to go in coordinating and working with member states.

Slovakia is a target country that is particularly vulnerable. My team here in Bratislava would really like to contribute to a solution and detect the sources to inform and be informed about different narratives and false messages and data. They are not only harmful politically; they can be harmful physically, which we now see in connection with Covid-19 vaccination and different remedies and treatment.

Does its vulnerability signal that Slovakia is poorly prepared for the 21st century? You described in the past how digital transformation is changing our lives thoroughly. Is Slovakia ready for that?