Economy still fails to catch up with pre-pandemic levels 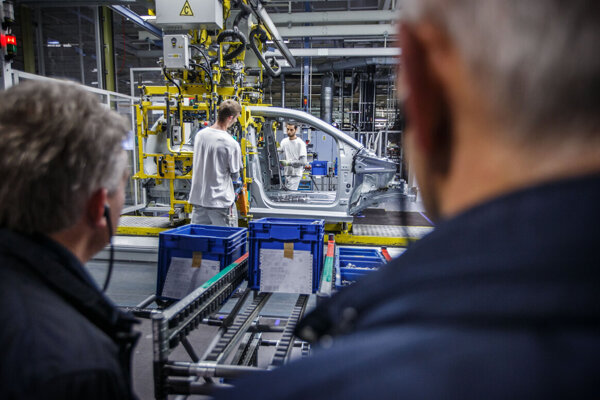 Despite the ongoing pandemic, Slovakia’s economy managed to accelerate its growth to 1.4 percent year-on-year at constant prices in the final quarter of the year. One of the main factors contributing to the increase was a sharp rise in prices, as stems from the flash estimate published by the Statistics Office.

As for the entire year of 2021, the GDP grew at some 3 percent. Yet, the economy still has not managed to catch up with the pre-pandemic levels.

Detailed data will be published in early March.

Observers agree that even though the economy was impacted by the Delta wave at the end of the year, its impact was not as big to slow the growth.

“Even though Slovakia was forced to toughen up anti-pandemic measures in the final quarter and thus limit the movement of people, the impact on the economy was more moderate than in the previous waves,” Ľubomír Koršňák, analyst with UniCredit Bank Czech Republic and Slovakia, wrote in a memo.

Household consumption had a positive effect