The blockade starts on Tuesday evening and should continue on Wednesday. 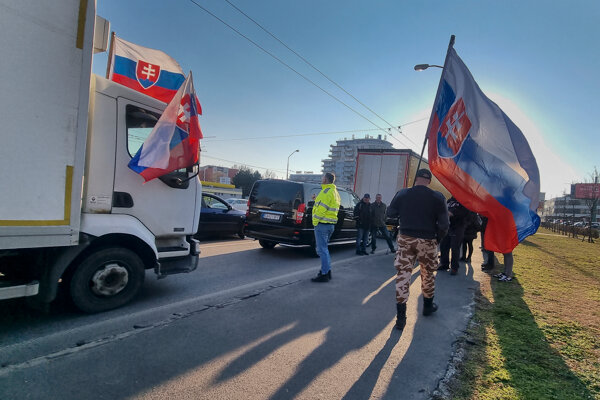 Hauliers are going on strike. On February 15 in the evening hours, they will block the border crossing with the Czech Republic, reported news website tvnoviny.sk. The strike should continue on February 16.

Hauliers, after blocking traffic on Rožňavská Street in Bratislava on February 14, said that the ministers did not react to their four demands and that they are not solving the situation.

A warning strike, when they blocked only one lane on Rožňavská Street, is thus over.

They moved to the Kúty border crossing with the Czech Republic on the evening of February 15. 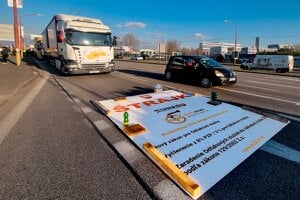 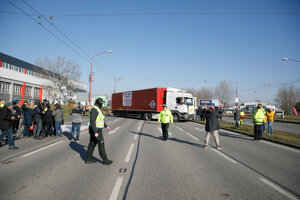 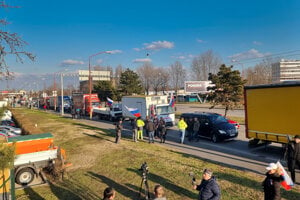 The February 14 protest of hauliers in Bratislava (9 photos)

Organisers have announced that they are coordinating their steps with police.

The police have asked drivers to use alternative routes and avoid the blocked border crossings.

Why they are striking

Hauliers want to bring attention to the problems their sector faces. Among their demands is the adjustments of fuel prices, similarly to Poland and Hungary, a further decrease of the road toll, a refund of the consumption tax from fuels but also a lower price of toll payment.

The Transport Ministry denounced on Monday that the hauliers are “taking decent people who need to go to work or to the doctor as hostages” by blocking transport.

“We denounce such pressure, moreover with the participation of fascists, and we consider it to be extremely unfortunate,” spokesperson for the ministry Ivan Rudolf said on Monday, as quoted by the TASR newswire.

Stanislav Skala from the Union of Slovakia’s Road Hauliers (UNAS) said that the ministry does not want to solve the situation and they are only making excuses using supporters of the far-right ĽSNS, who are disturbing their protests, according to Skala.

“We don't want to do it so as to turn people against us,” Skala said for TASR.