Tiso's birthplace could end up in the hands of extremists 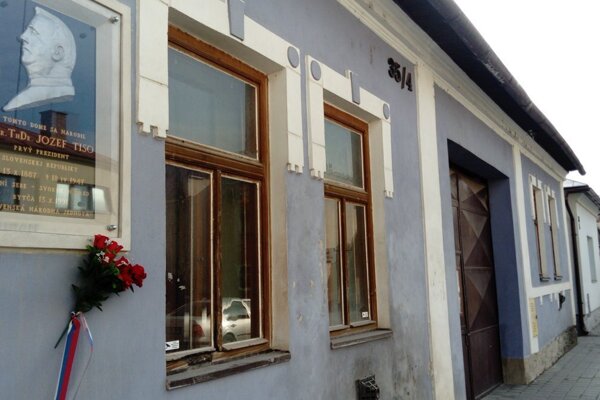 Just as support for the extremist parties in Slovakia's parliament is reaching its highest levels in recent history, there is a prospect that these same extremists will soon acquire a possible pilgrimage site in the town of Bytča, Žilina Region.

The town is the location of the house in which Jozef Tiso, president of the Nazi-allied wartime Slovak State, was born. His regime sent thousands of Slovakia's Jewish inhabitants to concentration camps. Tiso was later convicted of war crimes and executed.

Now, a far-right, self-styled historical association is trying to buy half of Tiso's birth house from the town of Bytča in an act that could come to symbolise the country's inability to deal with crimes committed against its own citizens.

Tiso condemned to death hundreds of Jews from his hometown despite having grown up alongside them.

“Tiso grew up in a family that had normal neighbourly relations with the Jewish community,” wrote Pavel Král in a book, Zápisky z Bytče (Notes from Bytča). “Tiso played marbles in the square with other boys, including Jewish children.”

After the property of Jews was confiscated during the war in a process euphemistically termed "Aryanisation", the subsequent communist regime turned the Jewish cemetery into a park, while the town's synagogue was left to rot. Tiso's birthplace, on May 1 Street, is marked by a memorial plaque and portrait.