The birds of prey come from a primary school near Banská Štiavnica. 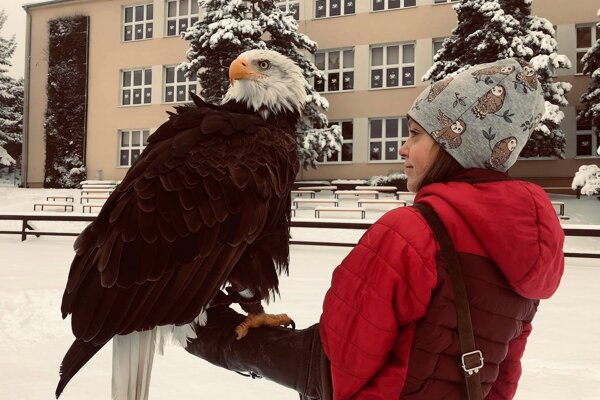 Birds of prey making videos as they fly is not that unusual in the world, but it is rare to see them filming in Slovakia.

The Maximilián Hell Primary School in Štiavnické Bane, near Banská Štiavnica, decided to make videos using the birds. The school is the only educational facility in Slovakia that teaches falconry.

A steppe eagle named Zoom and a bald eagle named Nixon make the videos with a small camera, the Pravda daily wrote.

Lakes created as a result of mining, Banská Štiavnica, and the Veľká Fatra mountain range have already been filmed by these birds of prey.