PM Heger compared today to 1968 when Czechs and Slovaks were fleeing the Warsaw Pact invasion. 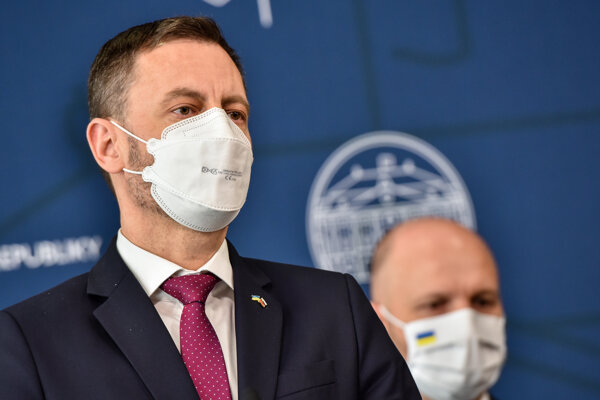 “Ukraine has the full right to protect itself. We ourselves would not act differently in their situation,” President Zuzana Čaputová said following the session of the government's Security Council on the Russian invasion of Ukraine on Thursday morning.

“The hopes that Kremlin will be satisfied with the occupation of Luhansk and Donetsk Oblast were illusory,” she said.

Čaputová repeated what PM Eduard Heger stated in his first reaction to the invasion: that all victims of this war will be the victims of Vladimir Putin and he will be responsible for them in the eyes of the global public.

She also called on the people of Slovakia to remain calm. Slovakia's territorial integrity and security are not directly impacted, despite the fact that the conflict is just across the eastern border, the president stressed.