NATO troops could boost Slovakia's defences. We are ready to take in refugees, PM Heger said.

Slovak gov't: Victims of this war will be Putin's victims 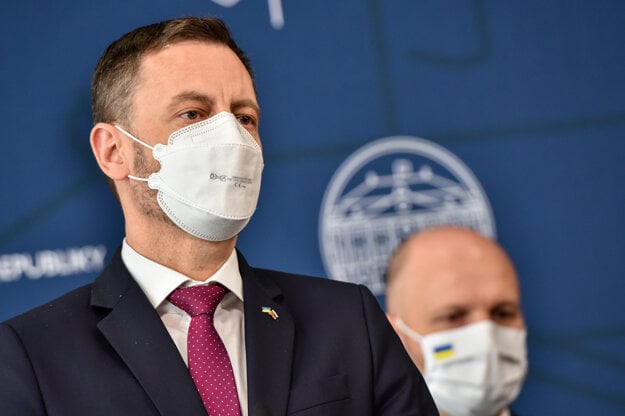 Slovakia’s highest constitutional representatives have denounced Russia's attack on Ukraine. In a joint statement, President Zuzana Čaputová, PM Eduard Heger, and Speaker of Parliament Boris Kollár said that President Putin had attacked Ukraine, a weaker country whose only wrongdoing was that it wanted to live peacefully and make its own choices like other sovereign states.

“All victims of this war will be his victims and he will carry full responsibility in the face of the world's public,” President Čaputová said.

She called on the people of Slovakia to remain calm. Slovakia's territorial integrity and security are not directly affected, despite the fact that the conflict is just across its eastern border, the president stressed. 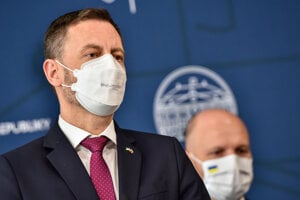 Foreign Minister Ivan Korčok said that the Russian Federation is the aggressor . Korčok assured all Ukrainians living and staying in Slovakia that they are safe here. He added that Slovakia's NATO membership is a guarantee of security.

“Slovakia can remain secure because it is part of a bigger entity,” Korčok said. 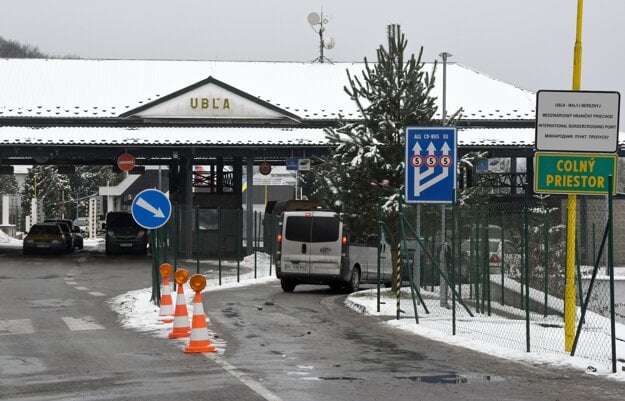 Flight connections between Bratislava and major Ukrainian cities were stopped as Ukrainian airspace was closed. Trains from Slovakia to Ukraine were also cancelled. Minister Korčok said that there was no way to evacuate Slovak citizens from Ukraine, as transport in the country had effectively collapsed. The Ministry will attempt to do so as soon as possible, though.

PM Heger called on people in Slovakia to show solidarity with Ukrainians fleeing the war.

"We can expect that the Russian aggression will drive many people from Ukraine," said PM Heger (OĽaNO) after the February 24 session of the Security Council. He called on people in Slovakia to have compassion and understanding for those fleeing Ukraine because they deserve our help.

Interior Minister Roman Mikulec said that if the inflow of people coming from Ukraine intensifies, they would create 'hotspots' at borders where soldiers will help police.

NATO soldiers could be posted to Slovakia 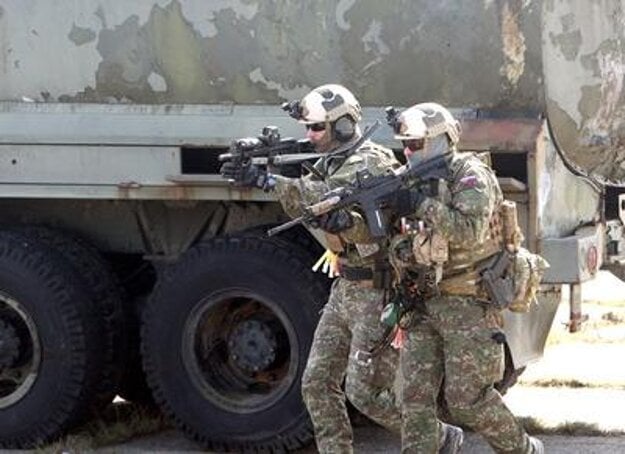 NATO will bolster its presence on its eastern flank, which includes Slovakia.

A mission of NATO's enhanced forward presence will be posted to Slovakia, it was reported after the NATO Council session from earlier this morning.

During the session, Slovakia joined other countries in calling for the activation of consultations under Article 4 of the North Atlantic Treaty. These consultations are launched when one or several countries of the alliance feel threatened.

Defence Minister Jaroslav Naď (OĽaNO) was unable to specify the size of the NATO unit which will come to Slovakia, but it is expected to include hundreds of soldiers from countries geographically close to Slovakia.

Police say they have detected increased activity on profiles and webpages spreading disinformation and trying to justify the Russian invasion. Trolls that used to spread disinformation about coronavirus have now switched to pro-Kremlin propaganda messages.

PM Heger called on politicians not to turn this situation into a political conflict in Slovakia. He also appealed to people not to believe disinformation that is circulating on the internet.

“This is what the enemy wants, to confuse us using disinformation and fear,” he said.

Disinformation has also been spread by state broadcaster RTVS, which a few days ago invited former prime minister Ján Čarnogurský to comment on the situation in Ukraine. He is a known admirer of Putin's regime.

After harsh criticism of the broadcast, chair of the news section Vahram Chuguryan announced his resignation. RTVS also faced criticism over its coverage of the invasion - on the morning of the Russian attack on Ukraine, while other media interrupted regular broadcasting to report on Ukraine from early morning, RTVS ran a program with cooking and exercising, followed by morning news and a documentary about the Maldives.

"Zuzana, we are being shelled"

President Zuzana Čaputová called Ukrainian President Volodymyr Zelensky. He asked Slovakia to support Ukraine, particularly with the use of harsh sanctions against Russia and material help, Čaputová wrote on Facebook.

“His first words were: Zuzana, we are being shelled, many soldiers and civilians died,” Čaputová wrote.

The President added that she had assured her Ukrainian counterpart that Slovakia supports Ukraine.

“We all wish for peace, President Zelensky, most of all, yet today [Ukrainians] are forced to protect their own lives and sovereignty from an aggressor who has crossed all human boundaries and lost [his] last restraints,” she said.

More news about Slovak response to war in Ukraine: