Slovak politicians denounce the war in Ukraine, but some blame the US

While the ruling coalition is united in its statements, some opposition politicians call the war an “American-Russian affair”. 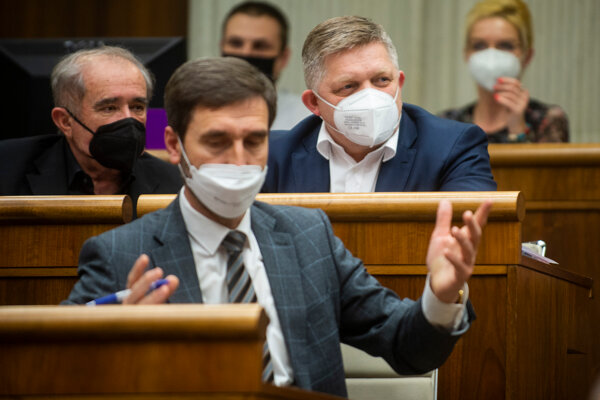 The condemnation of Russian aggression and support for Ukraine, coupled with harsh sanctions against Russia, has been the official stance of the Slovak state representatives since the outbreak of the crisis.

But while most political parties of the ruling coalition and opposition denounced Russia's aggression towards Ukraine, some Slovak politicians continue to give narratives peddled by disinformation websites life and blame the US for the Russian invasion. The Slovak Spectator has summarised the reactions of Slovakia's political parties.

The party that leads the ruling coalition and nominates the prime minister in its official reaction echoed the statements of PM Eduard Heger, who strongly condemned the Russian invasion and wrote that the world would never be the same again.

“It did not resist a temptation to wickedly attack the weaker,” he wrote. “[Russia] made a shred of paper from the international commitments, with which it promised inviolability of Ukrainian territorial integrity.”