The parliament called on Russia to stop aggression and expressed solidarity with the victims. It deems the Russian Federation responsible for the loss of life. 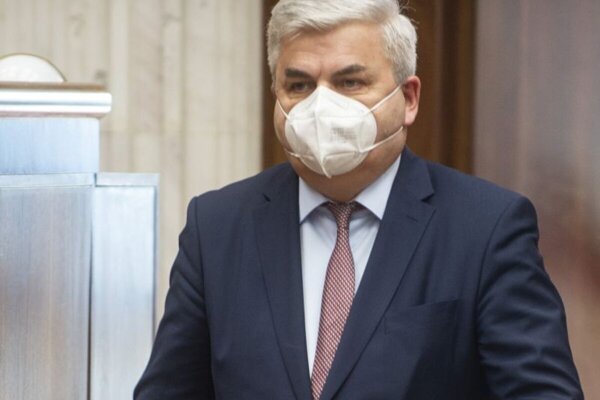 Slovakia's parliament stands with Ukraine's people and its democratically elected representatives. The steps of the Russian Federation dangerously undermine European and global security and stability, reads the resolution that the MPs approved on February 25.

Out of the 113 MPs in attendance, 112 voted for the resolution. The extremist MPs did not participate in the vote.

Ukrainian Ambassador Yurii Mushka addressed the parliament at the start of the session after the Ukrainian and Slovak anthems were played in the house.

In the statement, the parliament condemns the aggression of the Russian Federation against Ukraine.

The attack against an independent and sovereign state is harshly trampling on international law.

The Slovak MPs demand Russia to immediately stop military operations and withdraw its military forces from the entire territory of Ukraine and "fully respect the independence, sovereignty, and territorial integrity of Ukraine within its internationally recognised borders."

It calls on Russia to return to negotiations, seek peaceful solutions, and respect international humanitarian laws.

Donetsk, Luhansk and Crimea are Ukraine

The parliament also states that it considers the territories of Donetsk and Luhansk as the sovereign territory of Ukraine, along with Crimea.

Solidarising with the victims, the parliament deems the Russian Federation responsible for the tragic loss of lives and for the suffering instilled by the aggression.

"Ukraine is fighting for the values of freedom, democracy, political independence, state sovereignty and territorial integrity, which are key to Slovakia too," the resolution reads.

The Slovak parliament also declared its conviction that the ongoing aggression does not reflect the will of most of the Russian nation. "The Russian nation does not deserve to be led into international isolation and an economic crisis by its political leadership."

During his address, Ambassador Mushka called on the MPs to support Ukraine and its European ambitions, the TASR newswire reported.

He spoke about the extraordinary need for material and military aid. At the same time, he thanked Slovakia for helping Ukrainians who are fleeing the military conflict.

Mushka called on MPs not to hesitate with providing effective and necessary assistance to Ukraine "in the form of weapons, finance and humanitarian aid," TASR quoted him as saying.

Mushka told MPs that Russia's attacks have hit the civilian population as well.

According to the Ukrainian ambassador, the conflict's consequences will reach beyond the borders of Ukraine. He said that Ukrainian soldiers are fighting for peace, democracy and European values.

"Under these circumstances, our partners' help and support for Ukraine is now very important, chiefly the imposition of severe sanctions against the Russian Federation," TASR quoted Mushka as saying.

Mushka stated that he feels the support of Slovakia and its inhabitants.

"Yesterday's peaceful [candle] march [in Bratislava] is an example of this," he said, adding that Ukrainians will never forget about this support.