Allied troops to come sooner. It means bigger players will not sacrifice small countries like Slovakia

Germany has confirmed it will send troops to Slovakia within the bolstered NATO defence. 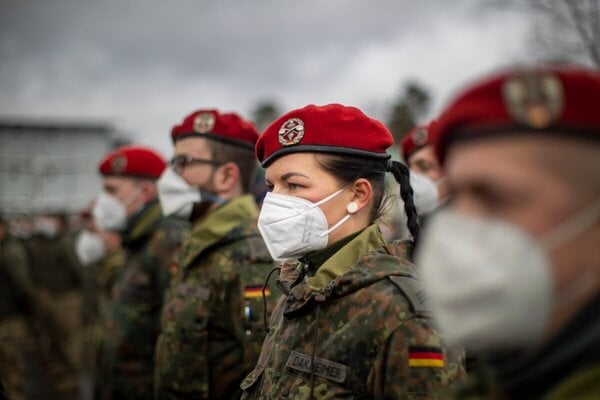 The arrival of allied troops in Slovakia seemed like a distant and theoretical prospect just a few days ago. Now, it has become the question of the day.

The war in Ukraine has accelerated NATO's strategic plans. Foreign Minister Ivan Korčok (SaS nominee) announced on Thursday that NATO has decided to create an enhanced forward defence in the east of Europe.

On Friday, he said it was going to be earlier than the planned turn of April and May. "The process has accelerated exceptionally in connection with these events," Korčok said on Radio Expres.