Fleeing Ukrainians to get temporary protection; the state will fight disinformation

Parliament adopted a package of laws in relation to the war in Ukraine. 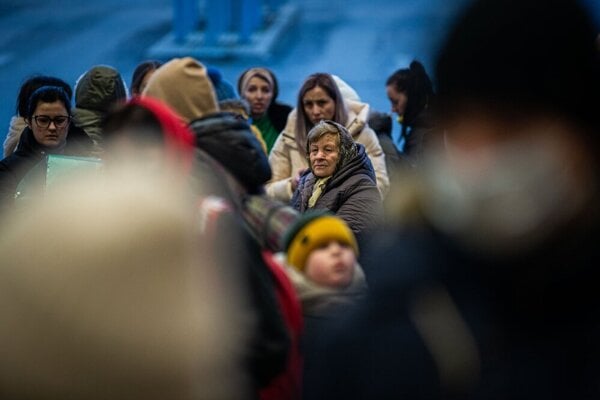 The Slovak government will be able to declare a state of emergency if there is a large influx of foreigners into the country. This stems from the law on measures regarding the situation in Ukraine approved by the parliament on Friday evening.

At the same time, the MPs gave a green light to the amendments to the law on civil protection, the law on asylum and the law on cyber security.

All of these were discussed in a fast-tracked procedure after being approved by the cabinet earlier on February 25. The changes were supported by 82 MPs out of 121 present; 27 abstained from the vote and one did not vote, the TASR newswire reported.

“Slovakia sent a very strong and united signal of support to Ukraine today,” said PM Eduard Heger (OĽaNO) after the vote, as quoted by TASR.

The changes were already signed by President Zuzana Čaputová.

The declaration of a state of emergency would allow Slovakia to apply measures of economic mobilisation, which involves the preparation of resources for usage in a national emergency by carrying out changes in the organisation of the national economy. This includes securing accommodation for foreigners, organising their transport or medical treatment and defining the related work duties.

The amended law on asylum will allow the government to provide temporary protection to incomers, even without the decision of the Council of the European Union. The amendment also specifies provisions for providing a temporary protection; it stipulates how this procedure should be launched and the related time periods for making a decision, TASR reported.

A foreigner who has accommodation secured after requesting temporary protection does not have to come to the refugee camps. In order to speed up the procedure, the potential danger the foreigner may pose to Slovakia will be checked afterward. 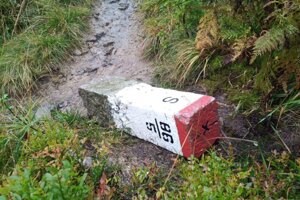 If the authorities find out that the foreigner in question poses a potential risk, they will follow the currently valid legislation and cancel the granted temporary protection status, as reported by TASR.

At the same time, the MPs approved the possibility of giving a financial contribution for providing accommodation to people who have fled Ukraine due to the conflict and have found temporary protection in Slovakia. It should be transferred from the state budget to the municipalities on whose territory the accommodation is located.

The new legislation also includes the establishment of a fund to help people negatively affected by the Russian invasion of Ukraine. 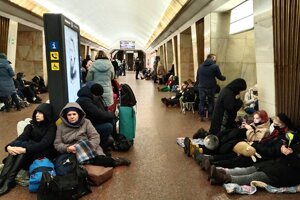 Want to help Ukrainians? Here's how you can do it Read more

The amendment to the law on cyber security introduces the new institute of “blocking” that should remain in place until the end of June 2022, with the aim to prevent the spread of harmful content on the internet. As a result, NBÚ will be able to block websites with disinformation.

Websites with more information for Ukrainians coming to Slovakia