Foreigners’ Police branches will remain open only to foreigners from Ukraine

The police react to tens of thousands of refugees crossing the Slovak border. 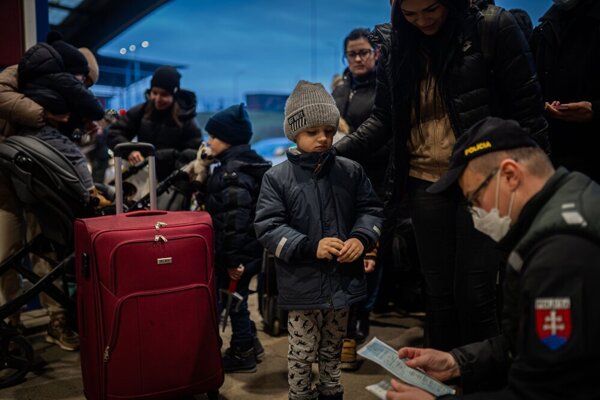 The Foreigners’ Police branches have announced the limitation of operations.

Taking into consideration the situation in Ukraine, the police stated that they will deal only with foreigners from Ukraine.

Other agenda will be limited until further notice, reported spokesperson for police Denisa Bárdyová.

“Only foreigners arriving from Ukraine, who are citizens of Ukraine or their family relatives, will be handled at workplaces,” Bárdyová said, as quoted by the TASR newswire.

At the same time, the Foreigners’ Police are drawing attention to compliance with the so-called reporting obligation in accordance with the Act on the Residence of Foreigners in the form of the Residence Report form, which can be downloaded from the website of the Interior Ministry.

The original of the completed and signed form must be delivered to the locally competent department of the Foreigners’ Police.

The spokesperson added that all contacts at the Foreigners’ Police Departments can also be found on the website of the Ministry of the Interior: www.minv.sk.